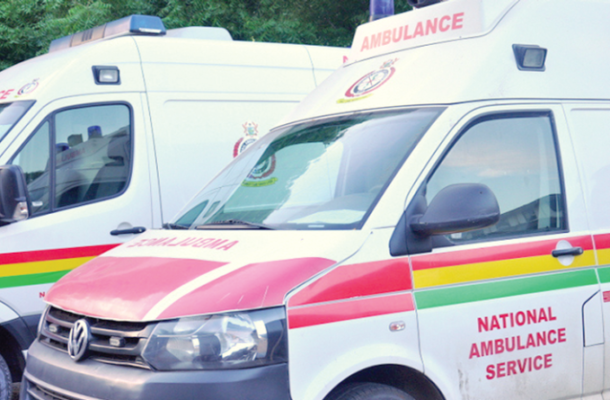 The Ghana National Ambulance Service has expressed concern about several prank calls it receives daily at its dispatch centers across the country.

3news.com reported the management of the Service has indicated that it receives over 20,000 prank calls daily and the situation is hampering its services.

Most of these calls, according to the Service, are made by kids who have access to the phones of their parents or family members.

The Deputy Director of Operations for the Service, Foster Ansong Bridjan, speaking in an interview on Yen Sempa on Onua FM on Wednesday, April 21, revealed that less than 1,000 out of these calls are genuine from accident scenes.

He has described this attitude by the general public as abhorring, irresponsible and a worrying situation that obstructs the smooth operation of the Service in attending to emergency situations.

“If I should give you the statistics, I can tell you that we receive over 20,000 prank calls daily and out of these calls less than 1,000 are those who genuinely need our services at either accident scenes of health facilities.

“This indicates that the prank calls are really hampering and affecting our services because it hijacks the toll-free emergency call centers and makes it difficult for the dispatch centers to rapidly respond to the calls that are truly in dire need of the ambulance service,’ he reiterated.

He, however, appealed to the general public to desist from calling the National Emergency Call Centers if they are not in distress so that it doesn’t hamper the people who terribly need the services of the ambulance.