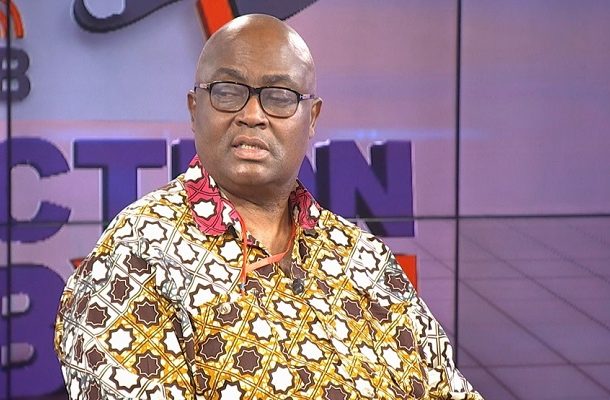 The resignation of Special Prosecutor Martin Amidu will impact on the electoral fortunes of both the New Patriotic Party (NPP) and the National Democratic, renowned pollster Ben Ephson has said.

Ben Ephson predicted to GhanaWeb, that the ruling NPP is however likely to suffer more from Amidu’s resignation than the NDC.

He explained that, one of the promises that won the NPP the 2016 elections was the pledge to fight corruption and that, the resignation of Martin Amidu could cost them some swing voters.

Ben Ephson also remarked that Amidu’s 'Government official 1' charge against John Dramani Mahama, in the Airbus bribery scandal, will also impact on the number of votes the NDC is likely to poll in the upcoming elections.

Consequently, swing voters who vote based on corruption may decide not to take part in the elections because of the performance of the two candidates when it comes to the subject.

“For swing voters whose voting will be based on corruption, his work and resignation will not make them vote in the sense that they will want to vote for someone who, if elected, can make change. By identifying Government Official as Mahama, he has painted the corruption brush on NDC. And by resigning and giving the reasons, he has also painted the corruption brush on the NPP. So, if you are a swing voter and you were going to vote for Akufo-Addo because of Airbus, you will have a change of mind and probably stay away because the other ten candidates will make no impact”.

Ben Ephson, however, noted that the reaction of the President, Nana Addo Dankwa Akufo-Addo to the allegations by Martin Amidu could cause some changes and swing votes in his favour.

The NPP government came into the office to fight corruption and the resignation will affect NPP more. I must also say that the President’s reaction has also deemed the impact it will have on the NPP. Martin has alleged certain things and the President has also made certain allegations against Martin in the course of his work. But clearly, of the two parties, NPP will be affected more. So I think both parties will have their share.

Ben Ephson also that he anticipates, that the verbal exchange between Martin Amidu and the NPP may drag on for a while.