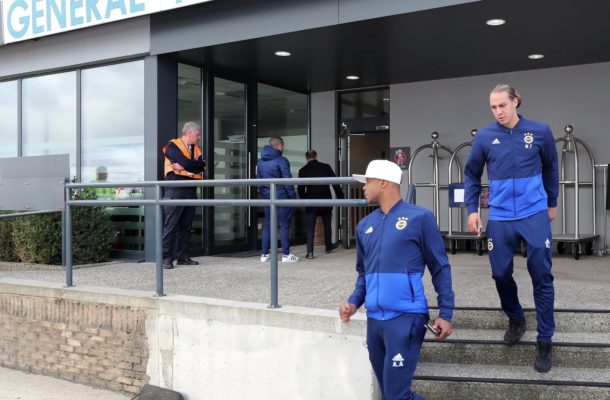 Ghanaian international Andre Ayew and the rest of the Fernebahçe squad arrived in Belgium for their clash with Anderlecht on Thursday in the UEFA Europa League.

The Turkish giants who have three points in Group D so far will be looking to improve their tally while Anderlecht, who are yet to register any point have a fantastic opportunity in front of their home crowd at Vanden Stadium.

Anderlecht has had a mixed season in 2018. But their home record has been satisfactory, especially against teams of similar calibre. They tend to compensate for their poor showings against stronger teams with great performances against the likes of Fenerbahce.

The visiting side has been plagued with terrible away performances this year. Their record of a meagre one win in last ten away matches is a testament to this fact.

There has been only two matches between these two teams, who have a rich footballing history. Both times, Fenerbahce walked away with the win. But it was in 2007.