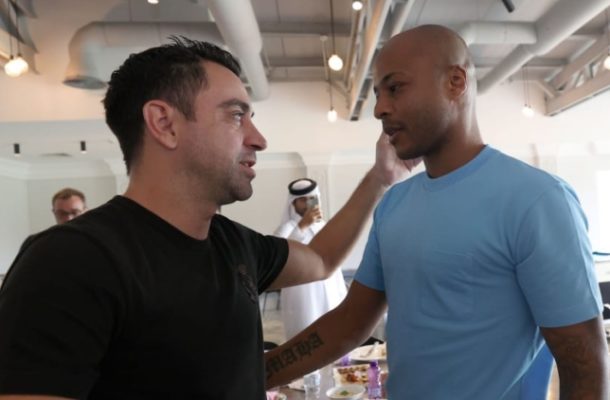 Black Stars captain and Al-Sadd forward Andre Ayew has paid a glowing tribute to the new Barcelona coach Xavi Hernandez who left his role at the gulf club on Friday.

The Catalan legend Xavi Hernandez has departed Al -Sadd for Barcelona where he will take over from Dutchman Ronald Koeman who was sacked some weeks ago.

Andre Ayew who joined Al Sadd this summer after leaving Swansea has paid tribute to his former coach and has also wish him well for his new adventure.

"Mister thank you for everything. Your humbleness is unique, learned so much in this few months. Proud to have worked with such a legend. May Allah bless ur new chapter. Good luck Mister."

The Gulf side initially were hesitant on allowing the Barcelona legend leave but finally granted his wish after serving them for two years where he won multiple trophies his last being the Emir Cup.

"The administration has agreed on Xavi's move to Barcelona after the payment of the release clause stipulated in the contract," the club posted on Twitter.

"We've agreed on cooperation with Barcelona in the future."