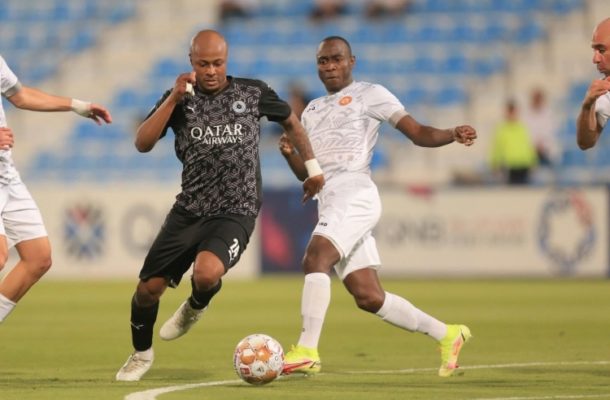 Black Stars captain and Al-Sadd forward Andre Ayew was on the scoresheet for his side on Tuesday as they defeated Umm Salal 3-1 in the Qatari Stars League.

The 31 year old Ghanaian forward has been in sublime form since switching to the Gulf Region in a free transfer from Swansea City in the summer.

Umm Salal broke the deadlock of the game in the 6th minute as they made their early dominance count with Yaseen Al-Bakhit the goal scorer for the home side to make it 1-0.

The lead of the home side did not last as the away side pulled parity in the 13th minute of the game with Akram Afif the goal scorer  before Al -Sadd too the lead for the first time in the game with the goal coming from Spanish midfielder Santiago Carzorla.

Andre Ayew scored his sixth goal since joining Al -Sadd with the third goal for his side in the second half to make it 3-1.