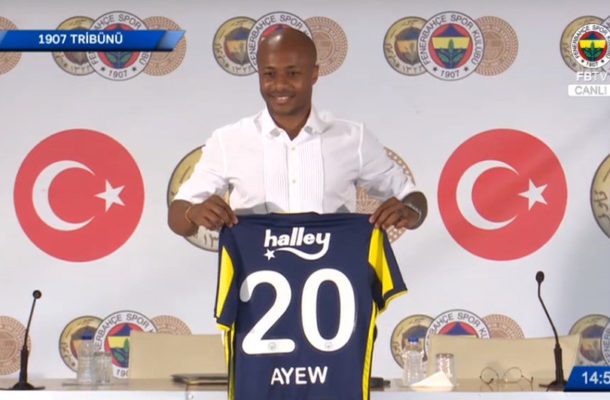 Ghana forward Andre Ayew is set to make his debut for Fenerbahçe in a pre-season friendly against Cagliari tonight.

The 28 year old is expected to feature for the Yellow and Canaries against the Italian side at the  Ülker Fenerbahçe Şükrü Saraçoğlu Sports Complex.

This is the sixth friendly game by Fenerbahçe after playing against Istanbulspor, Swiss team Lausanne English side, Dutch giant Feyenoord and Altınordu of Izmir.