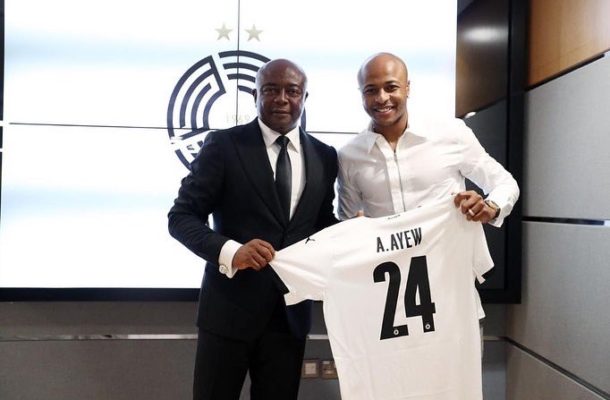 The former Swansea ace joined the Gul region side in the summer after leaving the championship side on a free transfer following the expiration of his contract.

Andre Ayew is following in the footsteps of his father who is a cult hero among many Ghanaian football fans as he also played for Al-Sadd.

Abedi joined the Qatari giants after winning the 1982 Africa Cup of Nations in Libya with the Black Stars.

He made eight appearances for the club scoring seven goals in the 1982/83 season before moving to Europe to join Swiss-based side Zurich in 1984.

On Thursday, 22nd July,2021 his son Andre Ayew signed a two year deal with King of Hearts after passing his medicals.

Andre Ayew after his goal last weekend against Al Hilal is now tied on seven with his father and his next goal will surpass his father's goal scoring feat at the club.