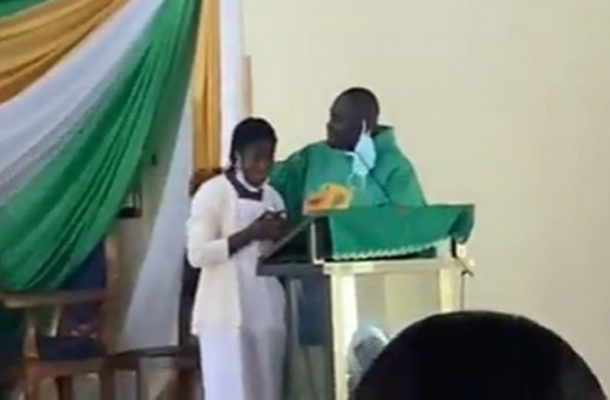 The Anglican Church has said it is saddened by a viral video of a priest kissing three students during church service at the St. Monica’s College of Education in the Ashanti Region.

The church, in a statement, said it has instituted thorough investigations into the matter and the action of the said Priest would be dealt with in accordance with the norms and values of the Anglican Communion.


The Church further stated that all efforts are being made to engage the students concerned through counselling sessions.

The video, which has gone viral on social media, shows the priest on stage inviting the three students for a mouth-to-mouth kiss one after the other. The preacher is seen directing the students to drop the face mask for the kiss.

The first two kisses got the congregants screaming with excitement. However, the third female student before and during the act showed some form of hesitation but was still kissed by the alleged Anglican chaplain in question.