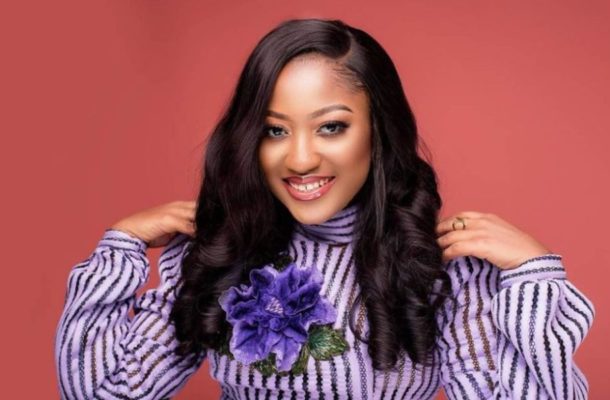 Television personality Anita Akufo has said that she left her job at Gh One Television because apart from the fact that salaries were not coming, she wasn’t a happy person.

She indicated that she lost focus while at Gh One Television and that did not make her happy hence the reason why she left the media entity to search herself.

The TV3 presenter said when she left, she was not certain of where ext she will be going to but Media General came calling and now she’s fulfilled with her roles at the media entity.

“I wasn’t paid in the first place and I wasn’t happy too. I was yet to find my feet. I didn’t know what I’m interested in doing. Whether I was interested in news casting, entertainment, I didn’t know. I did find my feet there. So because of that I left GhOne and God being so good, I was engaged by TV3 and they have made me who I am today. I’m popular because of the platforms TV3 offered me. I’m very grateful to TV3. I’m very happy and comfortable at TV3. You can see from my pictures that I’m happy,”

Media entity Excellence In Broadcasting was hit by a crisis that saw a number of their staff resign to pursue other interests whiles some moved to other media houses to continue their careers .

Apart from Anita Akufo others who left the media entity during the crisis were Vanessa Gyan, Giovanni Caleb, Berla Mundi.