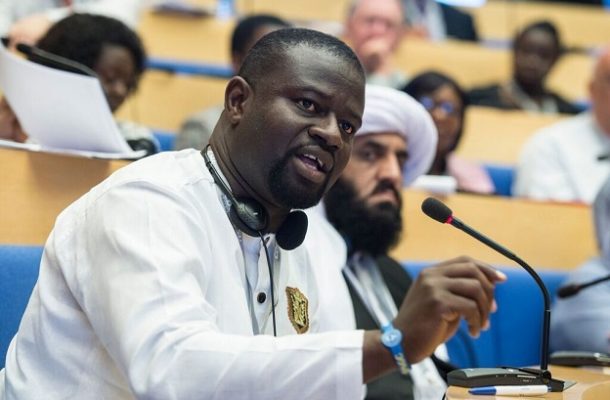 The Majority Chief whip and MP for Nsawam-Adoagyiri, Frank Annoh-Dompreh has clashed with the Minority Leader, Haruna Id1drisu over the Cape Coast High Court's ruling that declared the 2020 parliamentary election in Assin-North as null and void.

The court presided over by Justice Kwasi Boakye on Wednesday, July 28, 2021, ruled that the NDC's parliamentary candidate for the constituency, Joe Gyaakye Quayson breached the provisions of the constitution with regard to dual citizenship.

But the Minority at a news conference in Parliament indicated the Court was wrong and that they are ready to challenge the ruling.

According to Haruna Iddrisu, the judge erred in law and facts, saying it was a travesty of justice.

“It’s worrying but we don’t want to believe that the courts of Ghana have been captured and that the court of Ghana has become forums used surreptitiously to tilt the balance of power,” he said.

However, in a sharp rebuttal, the Majority Chief Whip, Frank Annoh-Dompreh says he is displeased with Haruna Iddrisu's approach given to the Cape Coast High Court.

Speaking on Accra-based Oman FM, he said the Minority should come to terms with the verdict of the Court and accept that they failed to adequately prepare themselves for the election.

According to him, he didn't expect the leader of the Minority to make such an unfortunate statement and slammed him for claiming the decision by the court was influenced by the Executive.

"Haruna Iddrisu claiming the decision is influenced by the Executive is the most barbaric and out of the break. How on earth will somebody imagine the Executive is manipulating the court," he angrily fumed.

"As Majority in Parliament, we made it clear to Quayson that the party will disown him and that he has to think about his future but his people pushed him forward and now the court has vindicated the then position of the Majority," he said.

He added, the NPP has been law-abiding both in and outside of Parliament.

He entreated the NDC to show humility knowing that the power vested in them came from Ghanaians and not their own.

"They should listen to Ghanaians and admit they erred. If they don't side with the ruling they should appeal it rather than attacking the judiciary which is not good for our country. We should stop talking against judges. Haruna Iddrisu must be taken to the cleaners for his statement since he is the leader of the NDC in Parliament," he chided.