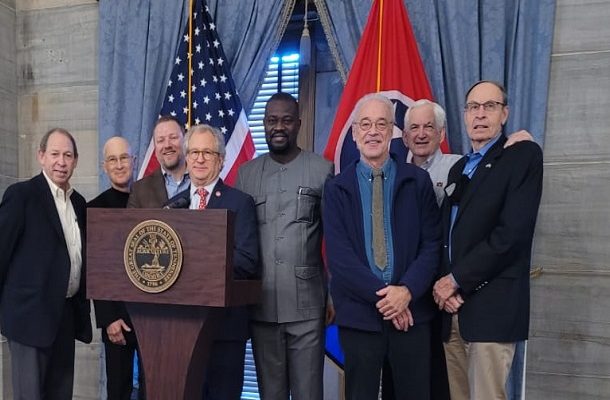 As part of the efforts to improve the health delivery in the Nsawam-Adoagyiri constituency, Member of Parliament for the area, Hon. Frank Annoh-Dompreh has engaged a team of doctors in Tennessee, USA, to build a Christian Medical University in his constituency.

This was when Hon. Dompreh, who is the Majority Chief Whip, attended the National Conference for State Legislators held in Tampa, Florida last week.

At the conference, he had an agreement with the team on an annual supply of medical equipment to the Nsawam Hospital and CHIP Compounds.

Frank Annoh-Dompreh disclosed that "we discussed the prospects of Doctors from Nsawam visiting their Teaching Hospital for an exchange program" adding that "already a good number of Hospital beds have been shipped".

Early this month, the MP organized free eye screening for the residents which lasted for six days, and about 3000 people were screened in the process.

Out of the 3000, about 2000 received free medicated spectacles, and others were given free eye drops.

Some of the residents who had complicated eye problems were referred to the Nsawam Government Hospital for further checks to be conducted.

The Majority Chief Whip before leaving the offshore of Ghana donated an amount of GHc  50,000.00 for expansion of the Maternity Block at Nsawam Government Hospital.

He also distributed over 300 wheelchairs and walkers to all the health facilities within the municipality.