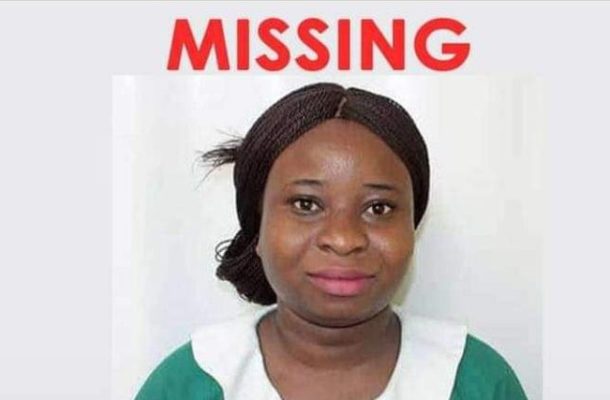 The mother Angela Asare, who is also a nurse at the Asesewa Government Hospital in the Eastern Region recounts how her daughter left her apartment located at Asheyie in the capital, Accra on Friday, March 26 and has since not been traced.

“She stays alone…and she usually goes to work [on time]. When she wouldn’t go she will ask permission. So on that fateful morning she had a call from her friend and she told her she was having her morning devotion… And so it was unusual of her that at 10 a.m. she didn’t report to work”, narrated Madam Angela who is currently in Accra to join the search for her daughter.

She continued in tears, “So they [her colleagues] tried calling her. Initially calls went through her two phones but it was later switched off. And so my attention was drawn to the development and had to come down here to start the search”.

‘Missing’ Vera works at the Doctor’s Clinic. The police at Adenta have launched investigations into the matter and have since published her image across all social media platforms. 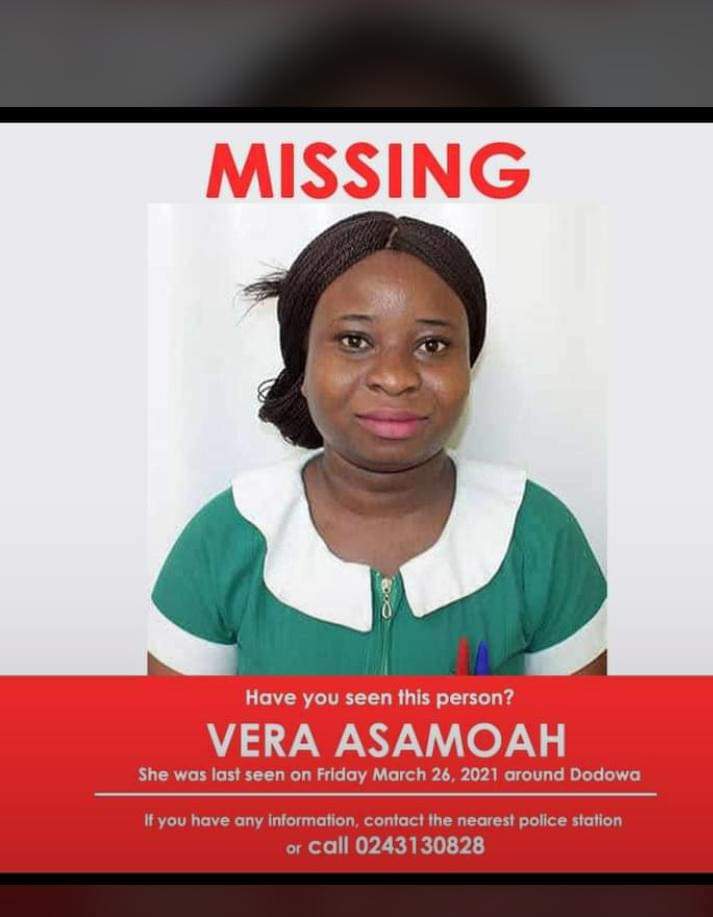 The International Central Gospel Church (ICGC) where Vera fellowships has also launched a campaign to find her.

“Miss Vera Asamoah has been missing since March 26th. If you have any information about her whereabouts, please call 0243130828. Our sister worships with ICGC Holy Ghost Temple. Please share. Thank you”, the church posted on its Facebook page on Monday.

Nurses appear targeted in a new wave of crime in Ghana.

Two persons were arrested and are facing a court over the incident.

Early this year, another nurse was shot and killed by armed at Ncheraa, a community near Wenchi in the Bono Region.