Another KNUST student found dead in the bathroom 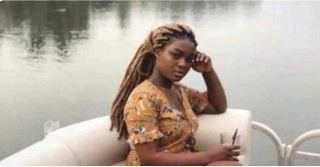 A female student of the Kwame Nkrumah University of Science and Technology (KNUST) in KUMASI has been found dead.

The deceased has been identified as Bernice Akyeama Baah, a Metallurgical Engineering student.

She was found dead over the weekend in her bathroom at Ayeduase, a community dominated by KNUST students.

This sad news comes barely a week after a male student of the same university was found dead in the bush.

According to reports, she was found unresponsive and was rushed to the KNUST Hospital for treatment but was declared dead on arrival by the facility’s health officials.

Reports say the Bernice was electrocuted in an unspecified manner, but as part of their investigation, police have ordered an autopsy.

The body of the deceased has been deposited at the KNUST hospital morgue, pending an autopsy.

Meanwhile, her mates are mourning the untimely death of one of their classmates and have expressed their condolences.