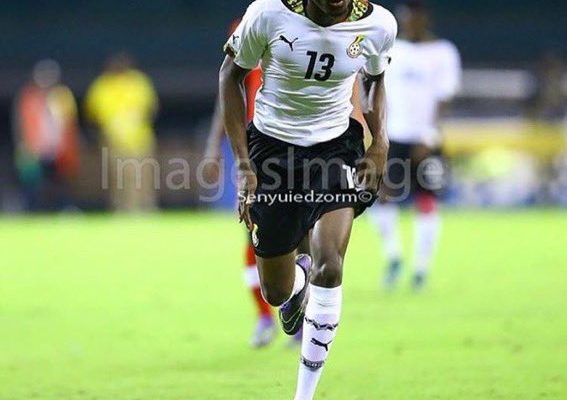 Ghanaian midfielder Bernard Mensah has revealed that he decided to prematurely retire from the Black Stars because he was never handed game time each time he was handed an invitation.

He says he is not just happy by among the numbers or sitting on the bench and did not feel he was needed hence his decision to temporarily retire from International football.

According to the Kayserispor star he believes coaches have their preferred players f0r certain games but was surprised as to how he was snubbed by the handlers of the national team when handed a call up.

He says he was never given the chance to prove himself when he was called by former coach C.K Akonnor.

Mensah announced his retirement prematurely from the national team after Ghana's friendly matches against Mali and Turkey in 2020.

He made this known in an interview with Adom Tv's Enoch Kwasi Worlanyo Wallace about his decision to retire from the Black Stars.

"The moment I was handed Black Stars call-up, I was ready because most of the time I get a call-up, I didn't have enough playing time because of pitches and some other things happening. I was really ready to play for the Black Stars but the way things went, I felt I needed to take a break from the national team and see what happens in the near future," Mensah said.

"Nothing really happened but every player has his opinion. When some players are called up to the national team and don't play, they feel very happy, but this is not my opinion. My opinion is that when I'm handed a Black Stars call-up, I need to play.

He continued, "Every coach has players he uses for a different type of game, so when a coach doesn't need me in a team, it's better he doesn't call me because I had a difficult time at my club due to injuries, so I felt representing the Black Stars would be the perfect time to regain my match fitness and fight for a position as well."

"But any time I come and I don't get to play for the team, it worries me because I came to the Black Stars to play not to sit on the bench.

He added, "Myself and my manager will talk about it (pre-mature Black Stars retirement) and see what's best for me going forward. I wish all the Black Stars players the best of luck in their upcoming 2022 World Cup qualifiers against Zimbabwe and I believe we will win."

Mensah is currently the best Ghanaian offensive midfielder in any of Europe’s top six leagues per his numbers. He has scored twice and assisted 3 times in 5 games for Kayserispor.