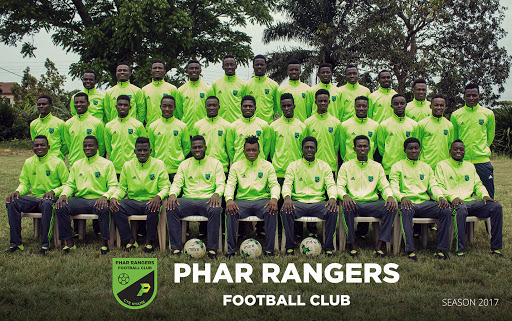 The Appeals Committee has in part withheld some rulings of the Disciplinary Committee of the Ghana Football Association in the matter involving Phar Rangers.

The Disciplinary Committee of the Ghana Football Association on Wednesday June 30, 2021 slapped Division One League side Phar Rangers with a five year ban for misconduct.

This follows the club's decision to withdraw from all football related activities of the Ghana Football Association although that decision was rescinded later.

"That Phar Rangers FC is hereby suspended from all competitions of the Ghana  Football Association for a period of Five (5) years effective this 2020/2021  football season in accordance with Article 13(3) of the Division One League Regulations," the DC ruling read at the time.

Subsequently the decision also averred that all directors and shareholders of the club have also been banned for fiver years from all football related activities effective immediately.

But the Appeals Committee have upheld the ban on the club but has reduced the demotion to two levels meaning Phar Rangers has now been demoted to Division 3. 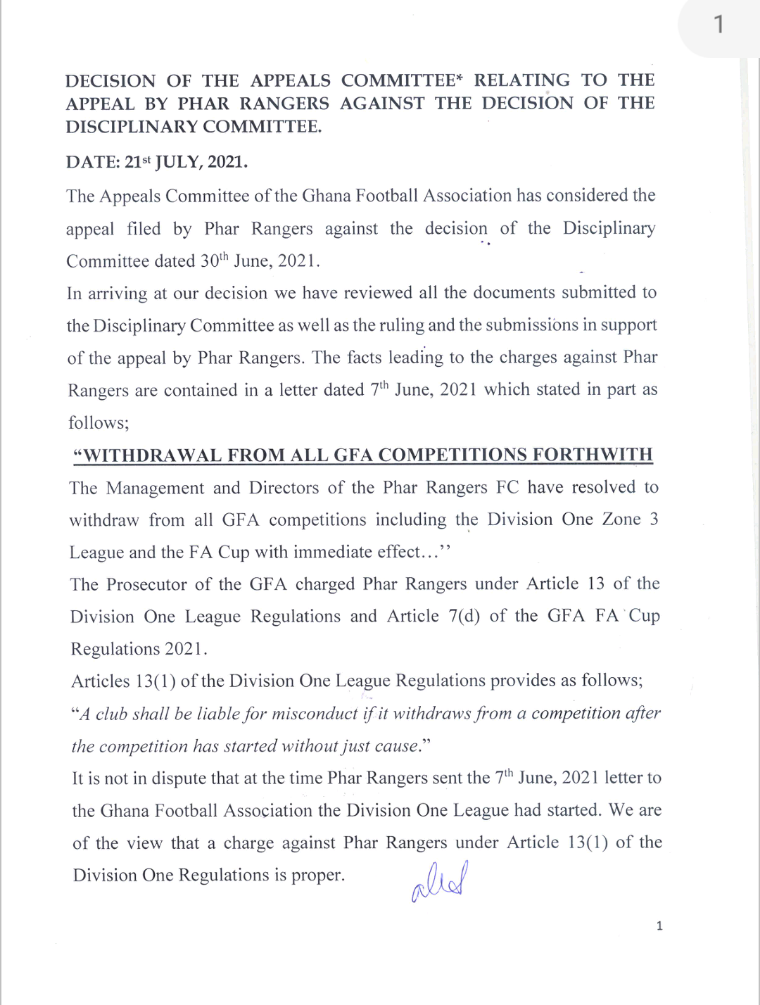 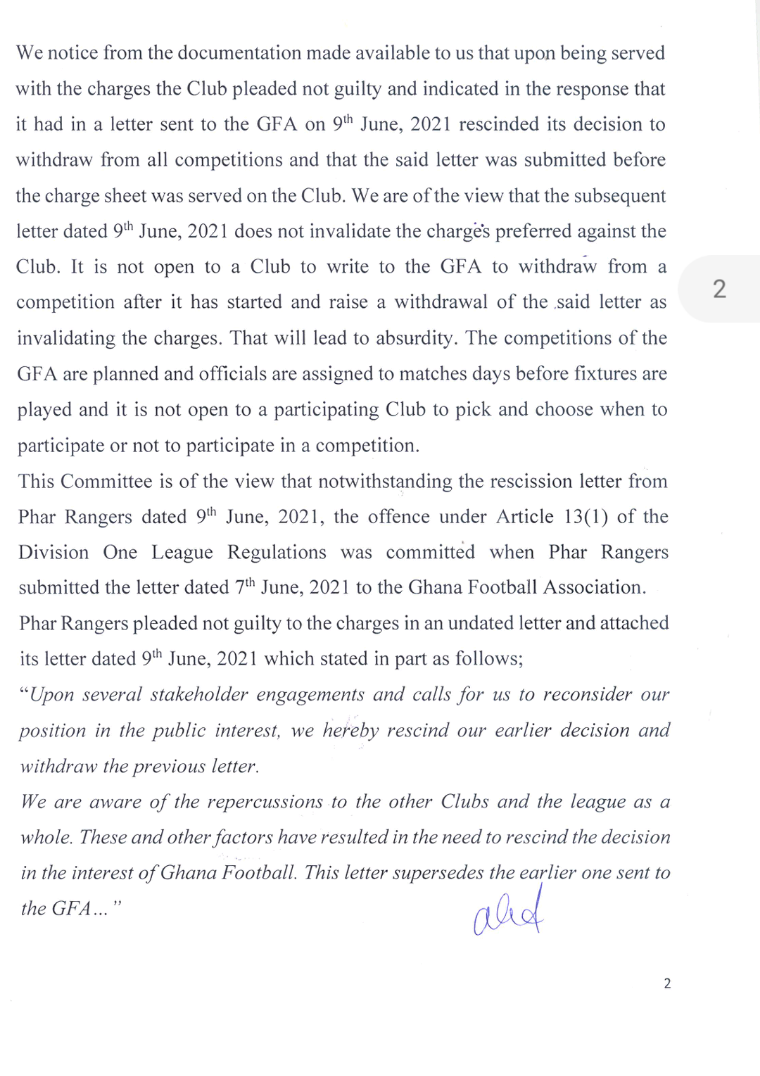 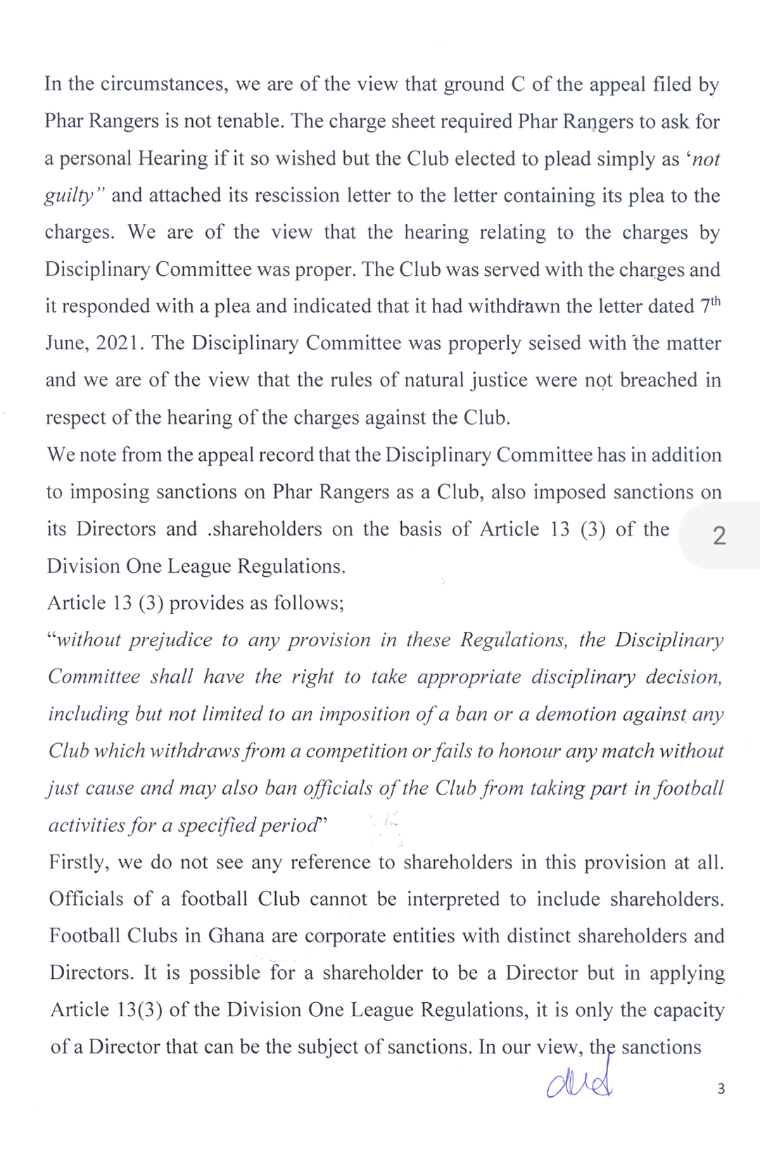 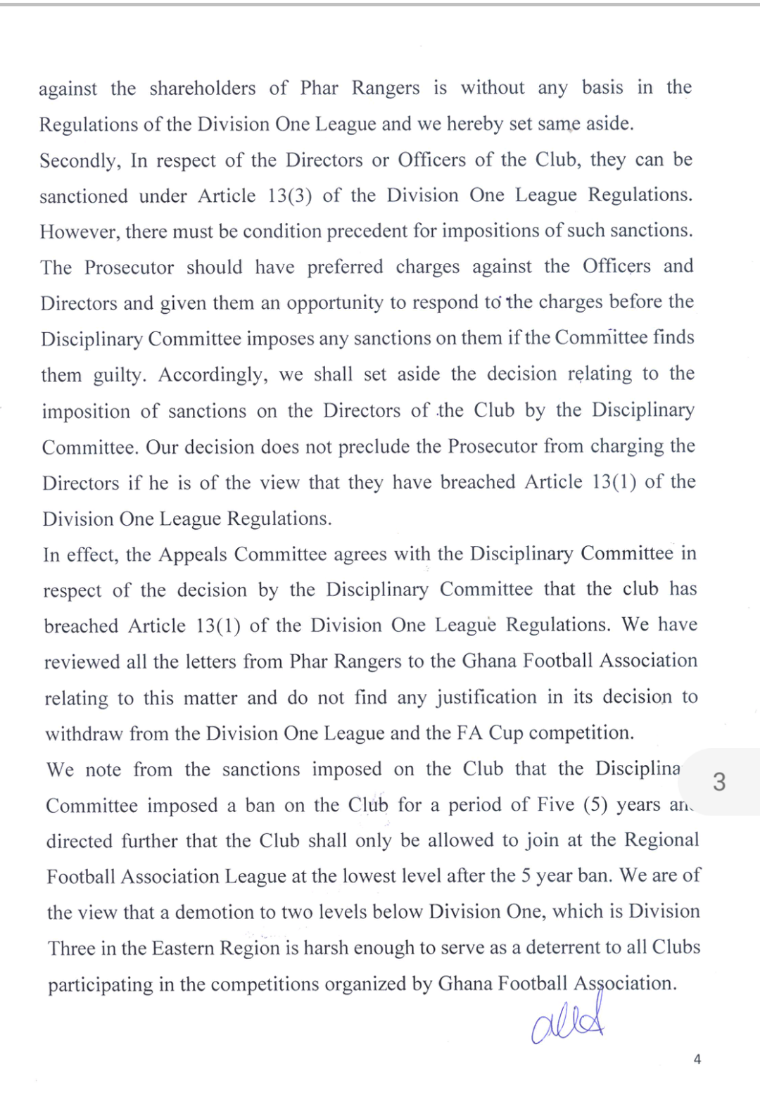 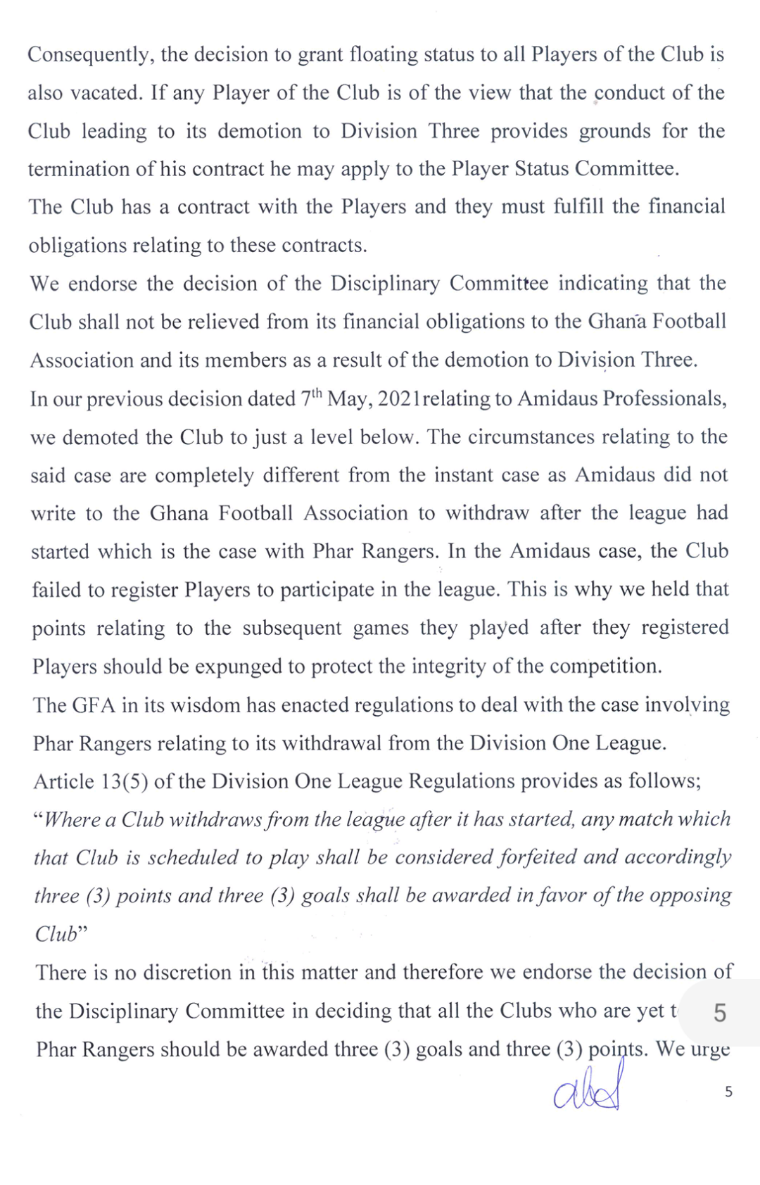 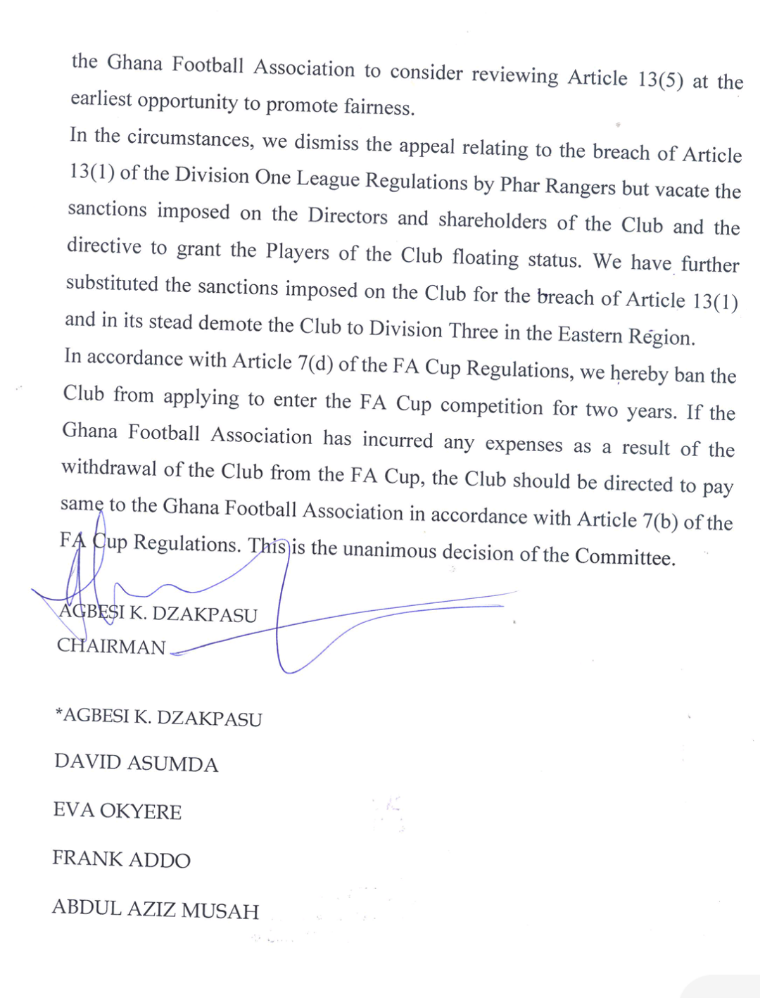