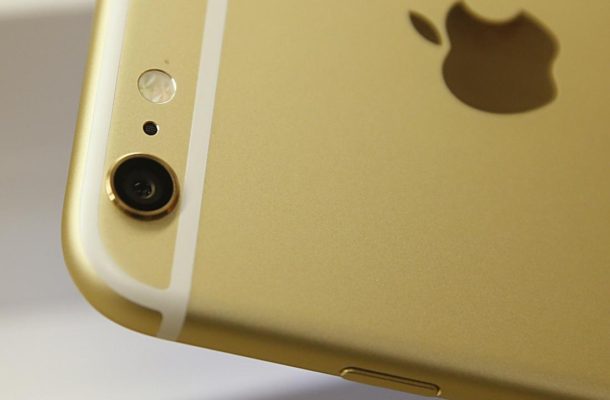 OREM, UT - SEPTEMBER 18: The camera and flash of an Apple iPhone 6 Plus gold, is shown here at a Verizon store on September 18, 2014 in Orem, Utah. Apples new iPhone 6's go on sale tomorrow September 20, 2014. (Photo by George Frey/Getty Images

It's part of a push by the company to get into social media Apple is developing a video editing app that allows users to easily shoot footage, apply filters to the recordings, and then upload those clips to social media, according to Bloomberg.

The app will also let users draw over their recorded clips, similar to Snapchat. Apple is adding similar functionality to its new version of iMessage launching this fall, which allows Apple device owners to snap a photo or video, draw over it, and send it to a recipient.

One of the filters that may be included in Apple’s video editor is a square Instagram-like option, according to the report. Apple is reportedly designing the app to be easily used with one hand, with the goal of being able to shoot, edit, and upload a video clip in less than one minute.
The editor will likely be a standalone app available for download from the App Store. There’s also a chance Apple could integrate these features into the iPhone’s existing camera app, Bloomberg says. The company is reportedly aiming to release the software in 2017, but there’s a possibility the app may be axed if it doesn’t meet Apple’s timeline and expectations.

Apple did not immediately respond to TIME’s request for comment.

The app is said to be Apple’s way of pushing into the social media space to compete with the likes of Facebook and Snapchat. Apple’s previous attempts at a social media service, including its iTunes-based Ping that allowed users to follow people and artists and post comments, failed to gain significant traction.

Communication appears to be a major focus for Apple moving forward. Its new version of iMessage, for instance, incorporates new capabilities into the Messages app that stretch beyond just sharing text and images. It will allow users to handwrite messages, send animations that occupy the entire screen when chatting in a messaging thread, share stickers, and more. This video editing app the company is said to be working on would represent another way Apple is trying to enhance the communication experience.