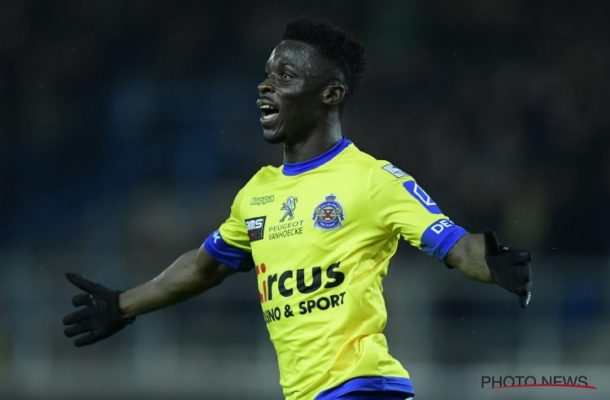 Waasland-Beveren ace Nana Ampomah admits he habours a dream of playing for Arsenal, the team he supported growing up.

The Ghanaian international has taken the Belgium Jupiler League by storm and has already scored five goals in nine appearances this season.

The 22-year-old was subject of huge interest from several top European clubs in the summer window before opting to pen a three year extension with the Belgian side.

He however admits he wants to fulfill a childhood dream by playing in the English Premiership in future.

''You can dream to play for Chelsea, Manchester United or Arsenal but then if they don’t come for you your dreams never comes true but we will see, I just have to wok hard, focus on the game and we will see where I can get to,'' Ampomah said in an interview with sportsworldghana.com

''But I think I like Arsenal more because I like their style of playing. It’s one of the teams I really liked growing up as a child so really like Arsenal. It will be a dream come true to play for Arsenal.''