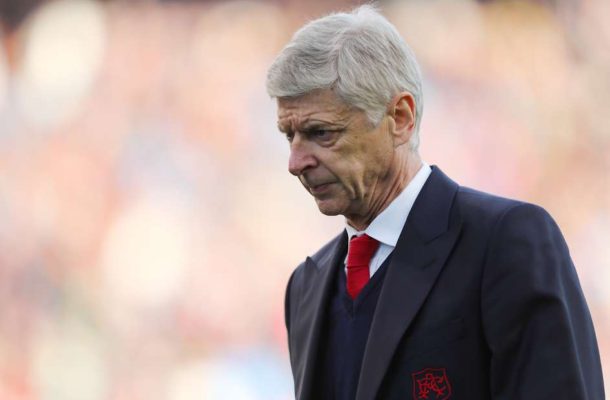 Arsene Wenger may well be in his final season at Arsenal, and there is a section of the Gunners support who simply can't wait for him to go.

For all his faults, Le Professeur seems to have accepted this with rather good grace.

Rather than fight the boo-boys, Wenger now appears to see the funny side of what is nothing less than real hatred for his methods and transfer business.

Some of the worst of the anti-Wenger sentiment came during last season's home game against Swansea, a game which his side lost 2-1 despite the strugglers making six changes and resting several of their best players.

This weekend, they will face the Swans again, with the South Wales outfit no doubt buoyed by the arrival of the Premier League's first ever American manager, Bob Bradley.

The Emirates faithful could not possibly give Wenger a much more vitriolic reception than last season if they were to lose again, but he's not going to endear himself to them with his latest comments - comparing their "negativity" to "a virus".

“I must say that the negativity comes very quickly. It is a virus that travels very quickly and goes away very slowly," he told reporters ahead of Saturday's game, as per the Mirror.


“We had two low points that week. The first was to lose at Manchester United and that was straight before Swansea. We damaged our chances then. We put ourselves in a position where we absolutely had to win.

“We drew at Tottenham next and we were really criticised a lot after that game. With ten men we came back to 2-2 and played extremely well. But by then we had the negative environment after Swansea.”

It's worth pointing out that Wenger had a smile on his face for a lot of it, but he'll be well aware that anything but three points could bring the negativity back.

On current form, he has nothing to fear, as his side haven't lost since the opening day of the season when they suffered a 4-3 defeat at home to Liverpool.