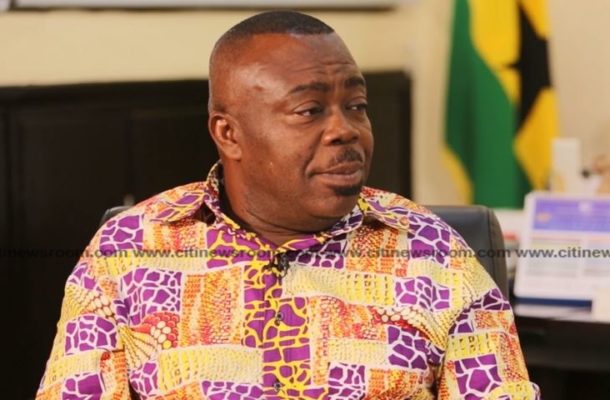 The Director-General of the State Interests and Governance Authority (SIGA), Stephen Asamoah- Boateng, has resigned to enable him to contest in the upcoming New Patriotic Party (NPP) National Executive primaries.

This was announced at the closing session of a three-day retreat organised by SIGA, for Chief Executive Officers (CEOs), their Deputies and Board Chairpersons at Kwahu-Nkwatia in the Eastern Region.

Speaking at the event, Asamoah-Boateng applauded the CEOs for supporting him to bring the Authority this far.

According to GBCOnline report, he encouraged them to continuously work in unity to help government achieve its agenda.

The Programme dubbed ‘The strategic role of Heads of Institutions in transforming specified entities towards the achievement of Ghana Beyond Aid Agenda’, was attended by more than 300 CEOs, their Deputies and Board Chairpersons across the country.

The Director-General of the State Interest and Governance Authority (SIGA), Stephen Asamoah Boateng announced his interest in running for the position of national chairman of the New Patriotic Party (NPP) in September, 2021.

Known to many as “Asabee”, Mr Asamoah Boateng, in an interview with Joy News‘PM Express also stated that his decision to run for the position is in the best interest of the party and the country.