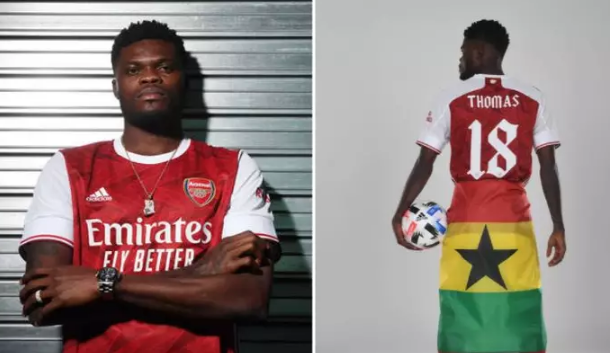 The central midfielder joined Arsenal from Athletico Madrid on transfer deadline day after the Premier League side triggered his 50 million Euros release clause.

Partey's move has brought a lot of excitement to fans of the London based club as they believe his inclusion will bolster their squad enormously.

Gyan who spent a season in the English Premier League with Sunderland before securing a big money move to Al Ain has offered to congratulate his compatriot.

Congratulations bro @thomaspartey5. You have our full support. More vim 🔥🔥🔥💪💪🙏🙏