Asamoah Gyan nets first goal for Indian side in a friendly 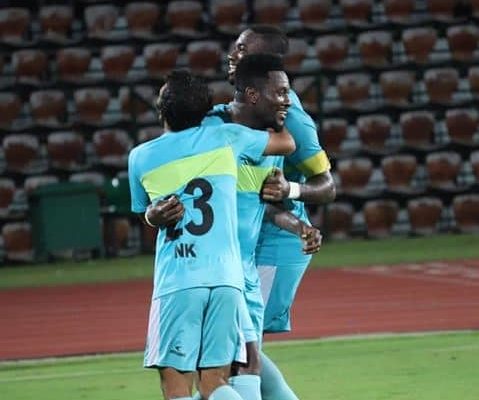 General captain of the Black Stars Asamoah Gyan has scored his first goal for Indian club NorthEast United in  friendly game with the Indian National team.

The former Al Ain forward was handed his debut  as but was replaced on the 68th minute.

Asamoah Gyan grabbed the equalizer on the 44th minuteon the stroke of  half time.

The second half failed to produced any goals as the game ended in a 1-1 draw.

Both sides are gearing up for their respective competition.