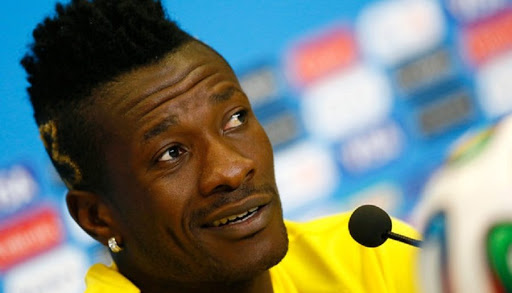 Legendary Ghana striker, Asamoah Gyan has responded to two time AFCON winning coach Herve Renard who claims the striker would have had a better career path but for his laziness in training.

The former Ivory Coast coach says Gyan only puts in his maximum during matches but gives very little during training session.

Gyan has responded that he is not laziness and gives his maximum at the training grounds as is required of him.

“I am not lazy,” the frontman,Ghana's all time top scorer retorted  as reported by footy-Ghana.

“I put in 70 per cent hard work and practise the basics needed at training. And, then, I give everything I have in games.

Herve Renard worked with Asamoah Gyan when he was a physical trainer for then Black Stars coach Claude Leroy in 2008 during the African Cup of Nations.

The serial AFCON winner then left Ghana to carve a career path of his own that has seen him win two AFCON titles first with Zambia in 2012 and then in 2015 with Ivory Coast when they beat Ghana in the finals.

“The quality of Asamoah Gyan was amazing. I was always impressed with his timing of headers. He was a very good goalscorer, fantastic player, amazing player,” Renard recently told Juliet Bawuah in a live chat on Twitter.


“But I have something to tell him. He was supposed to have a better career but he was lazy.

Gyan is also the highest scoring African player ever at the World Cup with six goals having made three appearances in 2006,2010 and 2014.