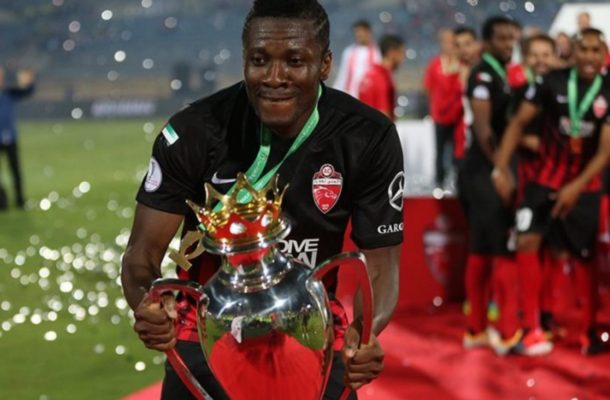 Ghana captain Asamoah Gyan won his first silverware with Al Ahli after playing a cameo in the 2-1 win over Al Jazira on Tuesday in the Super Cup.

He replaced Ismaeel Al Hamadi in the 87th minute after taking a two-goal lead.

But Thiago Neves pulled one back in added on time.

Al Ahli opened the scoring with a Mohammed Fawzi own goal just before the half time whistle.

Lima converted a spot-kick on 69 minutes.