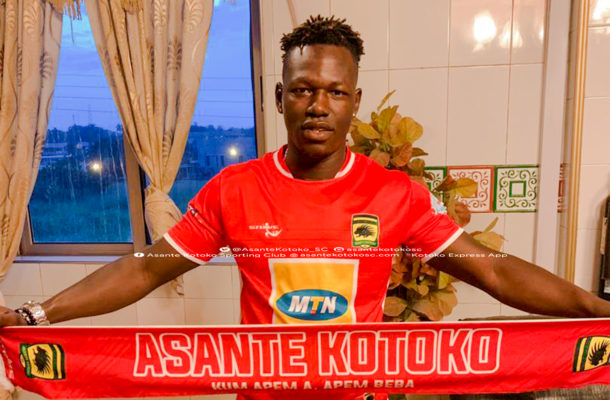 Asante Kotoko have secured the services of Richard Arthur as the centre-forward pens a three-year deal with the Porcupines on Monday.

The established goal-scorer put pen on paper with the Tier One champions, having passed a routine medical examination earlier on in the day.

The former Wa All Stars marksman has become the seventh signing of Asante Kotoko who are augmenting the team ahead of the 2019/20 Champions League campaign.

Richard Arthur was the top scorer for Wa All Stars with eight goals as the Northern Blues won the Ghana Premier League title in the 2016/17 season.

The player joined Asante Kotoko in 2017 but soon after left for G.D Interclube of Angola, where he bagged eight goals in thirteen matches in the top-flight league.

Known for his speed, strength, quality and predatory instinct, Richard Arthur is expected to enhance Asante Kotoko's attacking prowess as the side seeks continental glory next season.