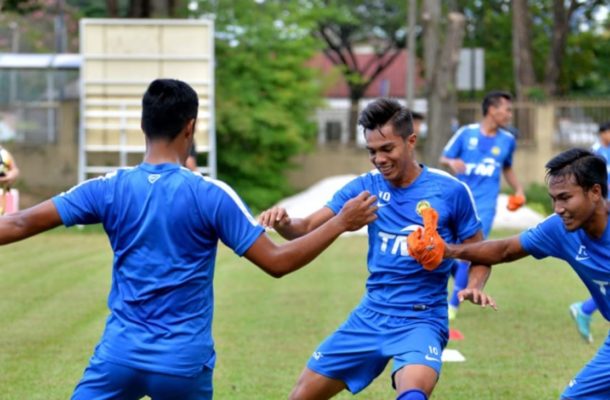 Phnom Penh: The ASEAN Football Federation (AFF) U22 Championship returns on Sunday after an absence of 15 years, with host Cambodia welcoming seven regional rivals for the second edition.


The tournament will serve as preparation for teams gearing towards the AFC U23 Championship Thailand 2020 Qualifiers, which kick off on March 22.

The eight teams are divided into two groups, with the top two teams from each group advancing to the semi-finals.

Thailand, Philippines, Timor-Leste and Vietnam are in Group A, while Group B will see Cambodia take on Myanmar, Malaysia and Indonesia.


Thailand, champions of the only previous edition of the Championship in 2005, will be spearheaded by newly-appointed head coach Alexandre Gama.

Much attention was on the Philippines national team who made their debut in the AFC Asian Cup UAE 2019 last month, and this group of budding Azkals will be aiming to emulate their seniors by impressing at the U-22 stage.

Timor-Leste will look to build on their 2018 Asian Games experience, and with head coach Norio Tsukitate having previously steered the U-19 side to a third place finish in the AFF U-19 Championship in 2013, they will be a challenge to their Group A rivals.

Vietnam will have a weight of expectations on their shoulders after a runners-up finish in the 2018 AFC U23 Championship, as well as finishing fourth in the 2018 Asian Games.

Although a number of players from their 2018 run are no longer eligible, the onus now falls on Nguyen Quoc Tuan and his fresh U-23 squad to repeat history.

Myanmar earned a fourth-place finish in the 2017 SEA Games and despite an early exit in the 2018 Asian Games, it was a campaign that included a 1-1 draw with DPR Korea and beating Islamic Republic of Iran 2-0.

Myanmar suffered back-to-back 1-0 losses to Oman and Qatar in friendly matches in January, but head coach Velizar Popov will be confident his team will hold their own.

Malaysia fell to a 4-2 loss against Myanmar in the third-place play-off match in the 2005 edition, but the Harimau Muda have made great strides in recent years.

Head coach Ong Kim Swee’s charges made their first appearance in the AFC U23 Championship last year, where they fell to a 2-1 defeat to Korea Republic. However, several months later, Malaysia recorded a famous 2-1 win over the Son Heung-min led Taeguk Warriors in the 2018 Asian Games group stage.

Alongside Vietnam, Indonesia will also be making their debut in the tournament, and the Garuda Muda will be contenders. Indonesia will be banking on several members of the squad that played in the 2018 AFC U-19 Championship, which they hosted, as they target a berth in the knockout stage.