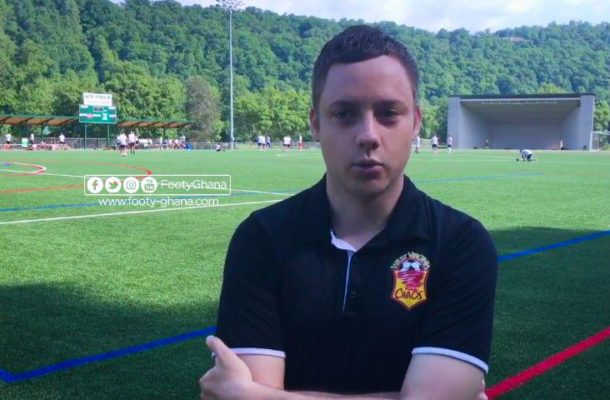 Ghana Premier League side Ashantigold are currently searching for their expatriate coach Romain Folz who is missing in Obuasi since Monday.

The club have not seen their head coach nor heard of him since Monday with all efforts to trace the whereabouts of he Frenchman proving futile.

He arrived in Ghana in March and oversaw just five matches during his reign winning two, drawing two and losing just once since he arrived in the country in March 2021.

The miners have been without a substantive coach since the departure of Serbian Milovan Cirkovic due to ill health.

In his absence the miners have been relying on assistant coach Thomas Duah to steer the affairs of the club.

The Frenchman was appointed coach of Bechem United before the start of the truncated 2019/2020 Ghana Premier League season but departed the club in July last year citing personal reasons.

Ashgold had appointed the young coach due to his experience in the Ghana Premier League.

The miners are currently occupying the 9th position on the league table with 30 points after 22 matches.

AshantiGold next host Eleven Wonders FC in their next league fixture at the Len Clay Stadium in Obuasi on Sunday 9 May 2021.