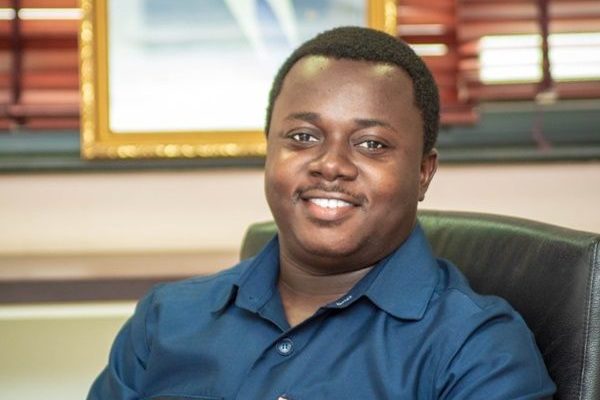 There was spontaneous jubilation in the entire Assin South Constituency yesterday, when the name of their Member of Parliament (MP), Hon. John Ntim Fordjour, was mentioned as a Deputy Education Minister Designate.

According to the Assin South Constituency residents, Hon. Ntim Fordjour’s nomination speaks volumes of the confidence the President has reposed in him, which has resulted in his nomination  to occupy such a high-profile office as a Deputy Education Minister.

They commended President Akufo-Addo and indicated emphatically that, Hon. Ntim Fordjour’s nomination is in the right direction in view of the fact that, he is hardworking and an achiever.

They assured the President and his government of their unflinching support for Hon. Ntim Fordjour to ensure that, he performs optimally to justify the confidence reposed in him by the President.

“We congratulate Hon. Ntim Fordjour on his nomination and assure him of our support to enable him live up to expectation as the Deputy Education Minister should he be given the nod by the Legislature after its vetting processes.

Hon. Ntim Fordjour, until his nomination as a Deputy Education Minister Designate, had served as an MP for the Assin South Constituency between January 7, 2017 and January 6, 2021 and was re-elected to serve his second term as the MP for the same Constituency in the December 2020 general elections.

Read below the profile of Hon. Ntim Fordjour

John Ntim Fordjour, the second term Member of Parliament for Assin South Constituency has a multifaceted academic background in Mineral Engineering, Economic Policy Management and Foreign Policy. He has creditably acquitted himself as a legislator with a prior record of sterling mining career and entrepreneurship.

Born in Assin Kruwa on May 28, 1986, and raised in the same village till the age of 16, John Ntim Fordjour studied Science in Assin Manso SHS, and was admitted to George Grant University of Mines & Technology (UMaT) at age 17 where he graduated with a Bachelor's Degree in Mineral Engineering at age 21.

Shortly after national service, Fordjour began his mining career as a Senior Training Officer in charge of Learning and Development at Gold Fields Ghana Ltd, Tarkwa Mine. In this role, he was responsible for the administration of Learning & Development function of the mine and assisted in the development of effective learning and training policies and systems. His exceptional dedication and competent delivery was soon recognised with an elevation to the role of Human Resources Superintendent for the same blue chip mining firm responsible for the management of the HR function for the 4500 multicultural employees and contractors at the mine.

Key among his achievements in this role includes his leadership in the delivery of Owner Maintenance Project (OMP), a major change management project which transitioned into the setting up of a newly establised Heavy Maintenance & Equipment (HME) Department with 485 expatriate and critical local staff .

By providing mining and petroleum support services and security services through his private firms, Ntim Fordjour had employed 120 staff at age 25.

In 2019, he was appointed as Member of the Governing Board of Ghana Integrated Iron & Steel Development Corporation (GIISDEC) and subsequently became the Acting Board Chairman for same.

Renowned for his consistent and bold advocacy in resistance to the pressures of LGBTQI practices into the fabric of Ghana's societal values, Ntim Fordjour is also an ardent advocate for Science Technology Engineering and Mathematics (STEM) education.

Ntim Fordjour is a minister of the gospel and serves as Senior Pastor of VBCI Higher Heights Sanctuary, East Legon.

He is married to the beautiful Tracy and blessed with 3 kids.