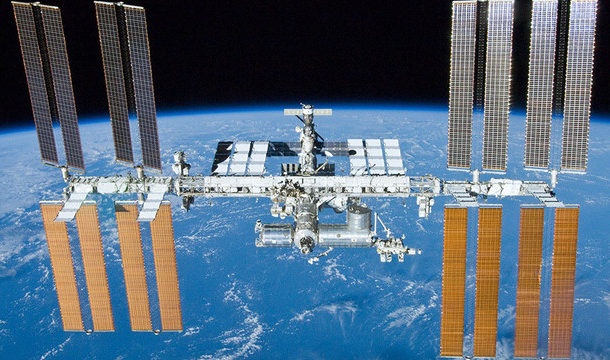 About 85 percent of the drinking water on the International Space Station has been recycled. How can astronauts be sure it’s sufficiently free from microbes?

When strange fungi grow on the walls inside the station, how can they make sure it’s benign without sending samples all the way back to Earth?

The answer lies in a small DNA sequencer and the Biomolecule Sequencer investigation, which set out to study how well sequencing works in microgravity.

Over the weekend, ISS astronaut Kate Rubins successfully sequenced samples of a mouse, bacteria, and virus, establishing the MinION sequencing device as a valuable new tool for space science.

“Onboard sequencing makes it possible for the crew to know what is in their environment at any time,” NASA microbiologist Sarah Castro-Wallace said in a press release. “That allows us on the ground to take appropriate action — do we need to clean this up right away, or will taking antibiotics help or not? We can resupply the station with disinfectants and antibiotics now, but once crews move beyond the station’s low Earth orbit, we need to know when to save those precious resources and when to use them.”

Housekeeping is vital in a closed environment like the ISS, and the sequencer will mainly be used for testing microbial activity and filtration systems. Bu, when future missions land on distant bodies, the MinION may help astronauts detect signs of alien life.

“The goal is to take a technique widely used here on Earth and test it in a spaceflight environment of the ISS,” said NASA’s Johnson Space Center’s Kristen John, “so that one day it can possibly be used in crew health applications or even in the detection of life on Mars.”