AUDIO: Nipple biter John Kuffour tells his side of the story after being granted bail 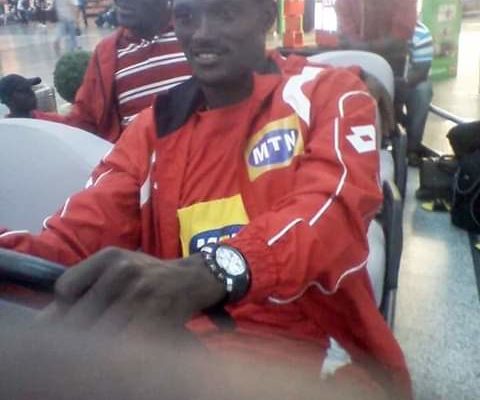 The former player who was arraigned before the Ejisu District Court but has been granted bail in the sum of GHC50,000

According to the prosecutor, Chief Inspector Emmanuel Appiah Kubi the accused and the complainant Dennisa Hagan, 36, who is a hairdresser have been in an amorous relationship for the past six years

However, reacting to the issue on Oyerepa FM, John Kuffour disclosed that the incident was accidental and happened way back in 2017 and is bemused how it has been resurrected after three years.

According to Kuffour, Dennisa Hagan who he is married to pushed him after a misunderstanding and while falling down his teeth slightly bit his wife’s breast.

“There is no truth in it because the issue happened in 2017 after I returned from Ethiopia. It’s not any big issue. You know with ladies when things don't go well they start misbehaving.

"I don’t have a house in Kumasi so I relocated to Obuasi because the place we were living was rented by my wife she is not even my girlfriend."

“I wanted to hold her dress at the kitchen but she pushed me. While I was going down my teeth slightly bite her breast.

“They arrested me and charged me for assault. She told them I’ve injured her. I don’t know whether she has an issue with me by deciding to come and arrest me. I have done nothing wrong and this even happened way back in 2017"

“I didn’t hold her breast to bite but while falling down my teeth slightly bite her breast,” he reiterated.

“I thank the Ejisu Kotoko supporters because when they heard the issue on Monday they came there" he added.

John Kuffour has also played for Kpando Heart Of Lions and Ethiopian side Dedebit FC.