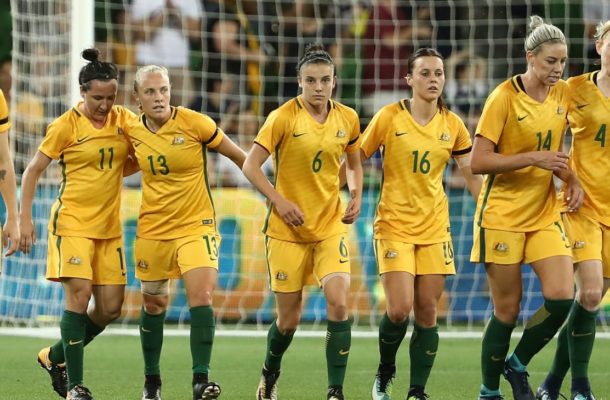 Sydney: FIFA Women's World Cup-bound Australia and Korea Republic will face off as they prepare for June's Finals, with the Asian heavyweights to feature in the Australian-based Cup of Nations tournament in February and March.


The tournament, announced by Football Federation Australia on Tuesday, will also feature fellow France 2019 qualifiers Argentina and New Zealand in a round robin format, with Sydney, Brisbane and Melbourne acting as host cities.

The Cup of Nations occupies the spot in the FIFA international calendar traditionally used for tournaments such as the Algarve and Cyprus Cups, but - with the World Cup looming - FFA Chief Executive Officer David Gallop said Australia is delighted to host the burgeoning event.

“We’ve been working towards hosting a four-nation tournament in Australia for some time and it’s great to finally unveil what we plan on becoming a regular feature of the Australian sporting calendar,” he declared.

“We’ve seen the success of other competitions such as the Tournament of Nations in the USA and they’ve helped inspire and form the creation of the Cup of Nations.

“All four sides will be aiming for success at the World Cup, and we expect the quality of the six matches to be world-class."

Matildas head coach Alen Stajcic also hailed the announcement, saying the competition would provide crucial groundwork for the challenges ahead in June.

“Korea Republic, Argentina, and New Zealand will each offer different challenges for our side which will be fantastic preparation for our group leading up to the tests that await in France,” said Stajcic, who was shortlisted for the 2018 FIFA Best Women's Coach award

“With a match against the United States also set down for April, we are starting to build out a strong schedule for the Matildas in the lead up to the FIFA Women’s World Cup."

The competition will begin with a match between Korea Republic and Argentina before Australia face New Zealand on February 28, with an AFC Women's Asian Cup rematch between the Matildas and Taeguk Ladies set for Brisbane on March 3.