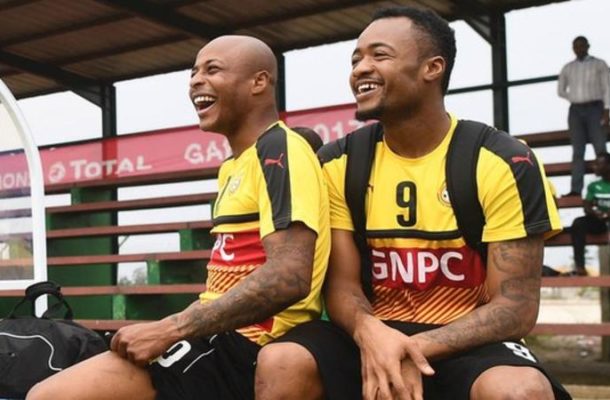 The spokesperson of the Ayew brothers, Fiifi Tackie insists relations between Andre, Jordan and coach Kwesi Appiah are not strained after reports of unrest within the Black Stars camp.

Coach Appiah raised a lot of eyebrows after failing to hand the Swansea City duo a call-up to the national set up since September last year.

Sparking rumours that the 57-year-old manager still holds a grudge against the Ayew brothers after they pulled out ahead of the trip to play Congo in 2018 Fifa World Cup qualifiers.

In an interview with Goal.com, Tackie clarified that there is no bad blood between the Ayews and the management of the Black Stars.

"As far as we're concerned, we don't know of any rift or problem with the coach [Kwesi Appiah], management team or any technical team member of the Black Stars,"

"The Ayew brothers have not been called for a couple of games but if they call them, they will come like any other Ghanaian. They have never said that they are not going to play for Ghana again and have always made themselves available for future call-ups.

"If the coach thinks that he needs them and invite them for games, they will surely come and help," he added.