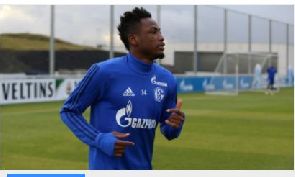 Ghana international, Baba Rahman, has been training feverishly with Schalke 04 in Austria as he looks to play against French Ligue 1 outfit, Angers SCO on Sunday at the Waldstadion Mittersill.

The 25 year old managed only one appearance on the final day of the German Bundesliga for Schalke -when they beat Kevin Prince Boateng's Eintrahct Frankfurt.

He was part of the Schalke squad that traveled to Austria to continue with their pre-season in anticipation of a good campaign next season.