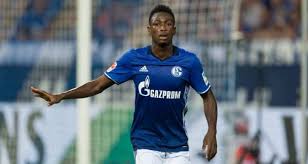 Ghana international Abdul Rahman Baba and compatriot Bernard Tekpetey featured for Schalke 04 on Tuesday as three goals in the final five minutes earned the German side a dramatic win against Hebei Fortune.

Rahman rejoined Schalke in February following his return from a lengthy lay-off with Tekpetey returning to the club from loan.

The Ghanaian was in top form once again at left-back as he was last week when the Gelsinkirchen club shared parity with the EPL side Southampton at the Kunshan Stadium.

Schalke’s trip to the far east was aimed at preparing the squad for the coming season and they used the game to examine the rough edges in their team.

The Royal Blues will now return to Germany and continue their pre-season against Schwarz-Weiß Essen on 21 July.