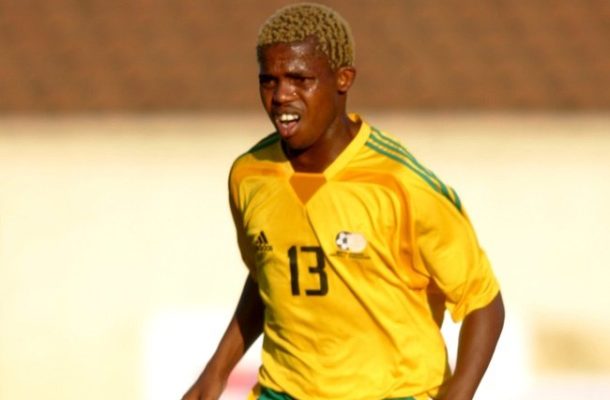 South African professional footballer who works as a player-coach for Malanti Chiefs in the Swazi Premier League Junior Khanye says that the Bafana Bafana will still lose if FIFA should order for a replay of the 2022 World Cup qualifier match played at the Cape Coast Stadium.

Captain Andre Ayew expertly converted the penalty to hand Ghana the only goal of the game as the Black Stars qualified at the expense of South Africa.

The South African Football Association(SAFA) has since lodged a complaint with FIFA after accusing the referee of match manipulation, match fixing among others.

Speaking in an interview Junior Khanye says that if FIFA should order for a replay of the match Ghana would win but even with a bigger scoreline than the 1 goal his side conceded in Cape Coast and blamed Hugo Broos for his poor selection.

"If the match was ordered by Fifa to be replayed, I think Ghana would win it again, by more goals this time around."he told iDiski Times

“I don’t know if Hugo Broos thinks he is trying to prove a point by omitting players who deserve to play in the national team. You cannot tell me that Andile Jali and Lyle Lakay are not good enough to play for the national team."

“If we have the same approach, I think Ghana will defeat Bafana Bafana again in a replay situation. They had more threatening chances in the game we played."

“Players like Nyiko Mobbie struggled to keep up with the Ghanaian attack. De Reuck and Siyanda Xulu were in sixes and sevens as a centre-back pairing, it just did not work out for them, they were lucky not to concede more goals."

“I felt that the selection of players by Hugo Broos was off the mark, especially considering that many of the players he picked were inexperienced and their lack of big-match experience showed in that game.” He concluded