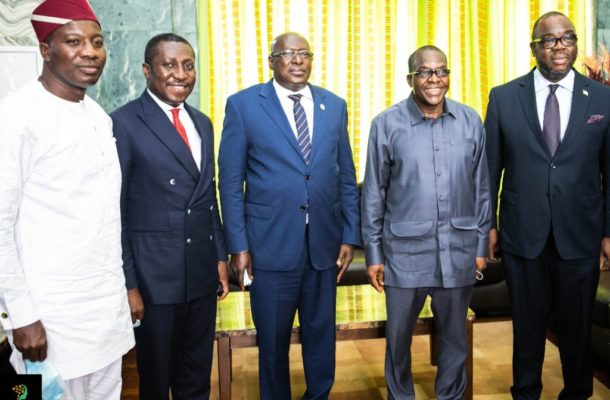 The Speaker of Parliament, Alban Bagbin will later today, Tuesday, July 27, 2021, open a delocalized meeting of three ECOWAS Parliament Committees to discuss telecommunication and information technology within the sub-region.

The meeting will be seeking solutions to roaming issues, peace, and security, as well as human rights concerns as they are impacted upon by information technology and telecommunication within the ECOWAS zone.

Mr. Bagbin will be joined by the Speaker of the ECOWAS Parliament, Sidie Mohamed Tunis of Sierra Leone, and his 2nd Deputy Speaker, Sani Malam Chaibou Boucary of Niger.

Spokesperson of the Ghana Delegation, Mahama Ayariga, said this meeting will be used to recommend legislation on common telecommunication challenges.

About the ECOWAS Parliament


The ECOWAS Parliament, also known as the Community Parliament, is one of the institutions of ECOWAS.

It is the Assembly of Peoples of the Community, serving as a forum for dialogue, consultation, and consensus for representatives of the people of West Africa with the aim of promoting integration.

It was established under Articles 6 and 13 of the ECOWAS Revised Treaty of 1993.

The initial protocol establishing the Parliament was signed in Abuja on August 6, 1994.

It provided for the Structure, Composition, Competence, and other matters relating to the Parliament.

The Parliament is composed of 115 seats.

Each Member State shall have a guaranteed minimum of 5 seats. The remaining 40 seats shall be shared on the basis of population.