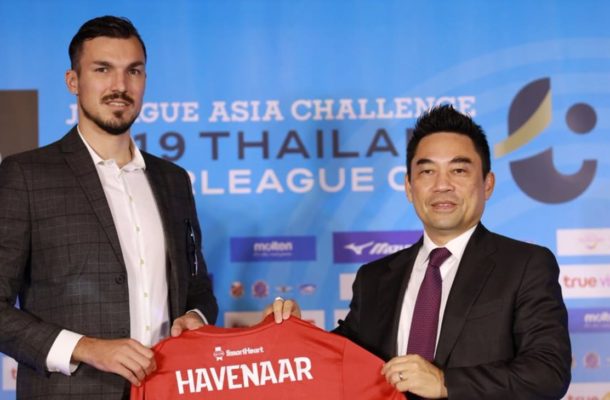 
Alexandre Polking’s side face Hanoi FC of Vietnam in the preliminary stage of the AFC Champions League on February 12, in their third appearance in the Continental competition following stints in 2007 and 2017.

Bangkok United’s best finish came in 2007 where they reached the group stage of the AFC Champions League.

Havenaar, who made several appearances for the Japanese national squad over a five-year period, was officially unveiled on Sunday as the fifth signing by the 2018 Thai League 1 runners-up.

He will join the likes of Nelson Bonilla, Tristan Do, Peerapat Notechaiya and Anon Amornlertsak at the club.

"It's a new challenge for me. I have played in many top leagues and I can see that the level of football in Thailand is improving at a great pace.

"My target is to help Bangkok United reach the group stage of the AFC Champions League and claim the Thai League 1 title,” said Havenaar.

Born in the Netherlands, the lanky 31-year-old striker made the move to Bangkok United from J League club Vissel Kobe.

The confirmation of the deal came at a news conference to announce the J League Asian Challenge which will see Sanfrecce Hiroshima play Chonburi on December 26 and Bangkok United facing Consadole Sapporo the following day at the SCG Stadium.