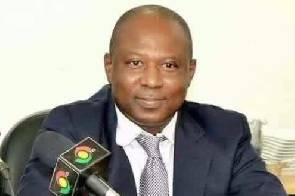 With barely three months to general elections in Ghana, banks are cautious about extending credit to businesses and individuals, some industry experts have told Business Finder.

The uncertainty regarding this year’s general elections and the high non-performing loans are the major reasons that continue to compel the banks to adopt a wait-and-see attitude when lending.

Some banking players who spoke to this paper on condition of anonymity explained that the banks are mindful of the implications of previous election years, hence their tough stand to cut lending.

They argued that though spending increases during the latter part of the year they will not rush to grant loans particularly to new clients because of past experiences.

Already, some of the financial intermediaries have slowed down lending to certain critical sectors of the Ghanaian economy particularly manufacturing, real estate and energy.

Almost about half of banks operating in Ghana registered NPLs higher than the banking industry average of 16 percent.

Though inflation reduced from 18.4 percent in June 2016 to 16.7 percent in July 2016, banks fear the historical antecedent of election spending excesses are likely to push the budget deficit very high and thereby affect interest and exchange rates.

This has reduced expectations that the Bank of Ghana (BoG)will reduce its policy lending rate when its Monetary Policy Committee reviews the health of the Ghanaian economy this weekend.

At the last MPC meeting in July, the Central Bank said the risks to inflation and balanced growth triggered the unchanged policy rate.

Standard Chartered Bank and GT Bank have considerably slowed down lending particularly to businesses because of their high NPLs in the first half of this year.

The worsened NPL ratio was attributed to a number of factors, including the general slowdown in the economy, increasing cost of production due to high utility tariffs and reclassification of the loan portfolio of banks.