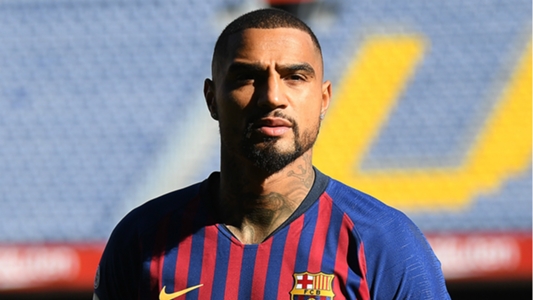 Sassuolo chief executive officer Giovanni Carnevali has revealed Ghana forward Kevin-Prince Boateng could be signed by Barcelona after spending the second half of last season on loan with the Spanish giants.

The German-born player has just ended his short-term deal with the Blaugrana where he made four total appearances including three in LaLiga.

He joined Barcelona in an option-to-buy deal but his limited game time has prompted rumours that his stay with Barcelona will not be extended.

"I think Barcelona will buy Kevin-Prince Boateng, then he will be loaned to another LaLiga team," Carnevali told Gazzetta about the Ghanaian.

Boateng joined Sassuolo from Eintracht Frankfurt in the summer last year before making a sensational switch to Barcelona after six months.

With the Blaugrana, Boateng is with his 10th club, having had stints with the likes of AC Milan, Borussia Dortmund and Tottenham Hotspur.

He also played for German sides Schalke 04, Eintracht Frankfurt and Hertha Berlin, as well as English outfit Portsmouth and Las Palmas in Spain.