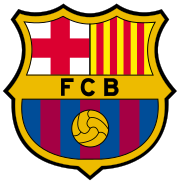 According to a report by Italian outlet Tutto Udinese, Liverpool are not the only big-name suitors that are vying for the signature of Rodrigo De Paul. The Udinese captain, who has a €50 million price tag, is now also a target for La Liga giants Barcelona.

Rodrigo De Paul has gone on to establish himself as one of the best midfielders in Serie A since joining Udinese from Valencia in the summer of 2016. Over the past half-a-decade or so, he has been a key player for the Zebrette and has also been promoted to the role of club captain this term.

The ongoing season, in particular, has been quite a solid one for the Argentine international, who has a tally of 6 goals and 7 assists in 29 appearances across all competitions. His progress, though, does not bode well for Udinese in the long-term, with speculation over De Paul’s future growing like wildfire. Ahead of the summer transfer window, Liverpool and Barcelona are hot on his trails. The line has been drawn and which ends up winning the race for his signature remains to be seen despite odds with bestaucasinosites casino favouring the La Liga side for his signature.

Liverpool have been forced into the transfer market for a replacement for Georginio Wijnaldum, who has also been linked with a Bosman move to Barcelona. The Dutchman’s departure would leave Jurgen Klopp with plenty of central midfield options at his disposal, but it is important to note that Alex Oxlade-Chamberlain and Naby Keita have stagnated a lot due to various injury-related absences.

As a result, it is important to scour for a replacement for Wijnaldum, with De Paul being identified as such an option by Liverpool. As for Barcelona, as iterated already, the Blaugrana are keen on signing Wijnaldum in the summer transfer window, having followed him since before the season even began.

However, recent reports have quashed suggestions that the Catalan giants have already reached a pre-contract agreement with the Dutch international ahead of a free transfer in the summer. As a result, it is prudent for Barcelona to keep their central midfield options open ahead of the summer, especially considering Sergio Busquets is fast approaching the end of his glittering career.

To that end, Adrien Rabiot has emerged as a possible target for Barcelona, who have now also set their sights on De Paul. Barcelona and Liverpool, though, will need to pay the big bucks to secure the services of the 26-year-old, who with new casinos is valued at around €50 million by Udinese.

The €50 million price tag could well put a spanner in the works for Barcelona, who are believed to be working on a slender transfer budget due to their financial woes. As for Liverpool, it remains to be seen if they can afford to fork out such a sum to land De Paul. What does appear to be certain, though, is that the Argentine international could be set for a big move come summer.