Barreto, Boadu, one other battle for NASCO Coach of the month June 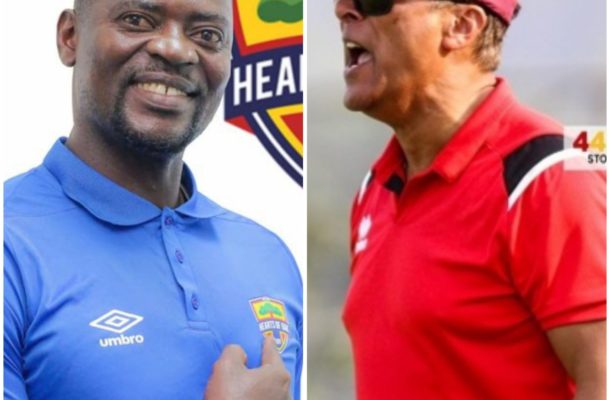 Accra Hearts of Oak coach Samuel Boadu has for the second time on the spin been nominated for the NASCO Coach of the month award.

The former Medeama SC man who beat his competitors to the award two weeks ago after leading the Phobians to the top of the table now faces stiff competition from Asante Kotoko’s Mariano Baretto and Ebusua Dwarfs coach James Kuuku Dadzie.

Boadu led Hearts of Oak to three wins, one draw in June – while Kuuku Dadzie lost one and won three in the month for Ebusua Dwarfs. Portuguese trainer, Baretto, did not draw in June but led the Porcupine Warriors to three wins and tasted one defeat.

The winner of the NASCO coach of the month will take home a 43’ inch NASCO Television set and a plague from our partners NASCO Electronics. 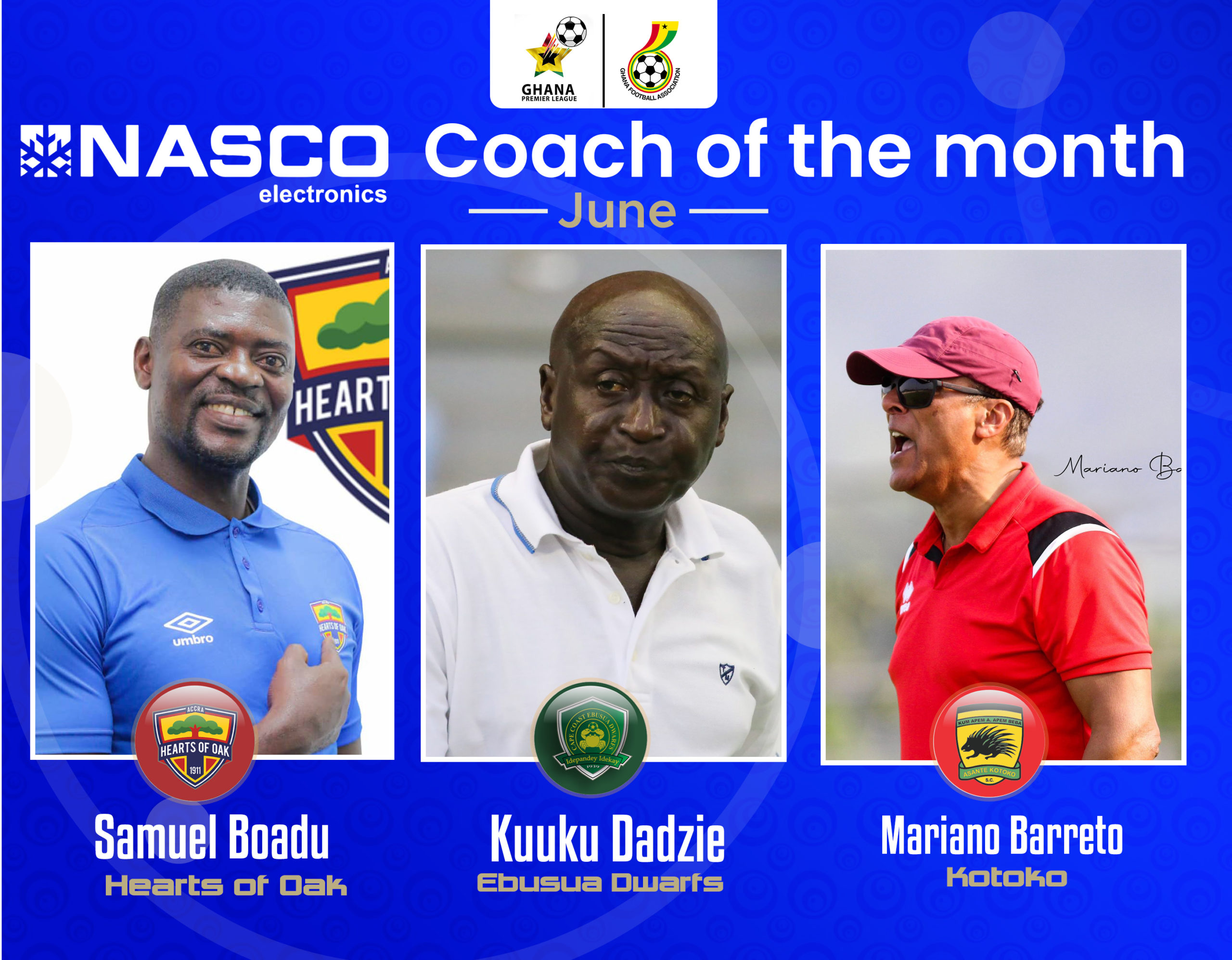