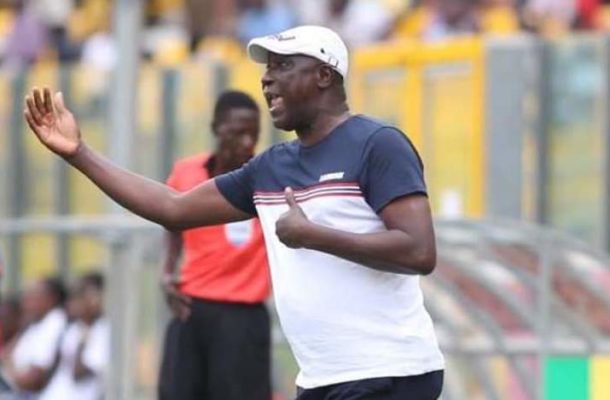 Struggling Ghana Premier League side Legon Cities may soon move onto their third coach this season as relegation looms large on the club.

Veteran Bashir Hayford came in to replace German-Bosnia coach Goran Barjaktarevic in November 2020, who was sacked few days after losing 3-0 to Great Olympics in Match Day two in the current season.

The former Kotoko, Ashgold coach has been in charge of the team for the past five months but not much has changed as the team is heavily battling relegation.

According to our sources the management of the club have started talks with former Kotoko and Wa All Stars gaffer Maxwell Konadu who could take over the club soon.

After the latest 1-0 defeat to Asante Kotoko, management of the club are ready to show the experienced gaffer the door in order to secure their Premier League status as they are currently 16th on the league log.

Maxwell Konadu is said to be close to taking over the club he once coached when it was Wa All Stars before the take over and the rechristening to Legon Cities.