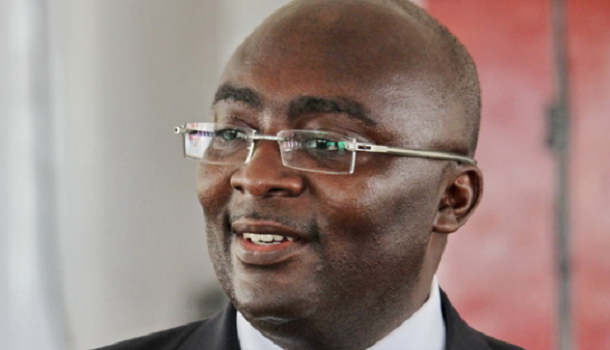 The New Patriotic Party (NPP) vice-presidential candidate for the 2016 election, Dr Mahamudu Bawumia, has accused the John Dramani Mahama-led government of rolling back the progress made under the eight-year administration of former President Kufuor.

Similarly, he said, while per capita income witnessed an increase of 187 per cent under the NPP, from USD$440 to USD$1,266, it had only witnessed a 17 per cent growth under the NDC from USD$1,266 to USD$1,481 despite the advantage of oil revenue which no other government ever had.

State of the economy

He said available data and facts underlined the fact that Ghana’s problem today, was not one of resources but had more to do with incompetent economic management.

Difference between competent and incompetent management

“With twelve times less resources, the NPP increased GDP per capita by some four times more than NDC. This is essentially the difference between competent and incompetent economic management. It tells us that fundamentally, Ghana’s problem is not about resources. Our problem is the efficient and honest management of our resources,” he said.

Also, he said, the income inequality gap closed under the eight-year NPP administration but that gap had now widened under the NDC, with the worst occurring under the John Mahama-led government.

The government, he said, had imposed a heavy tax burden on Ghanaians in a bid to fill the deficit, saying oil prices kept increasing in Ghana while the price of crude was reducing on the world market.

He said the much touted fiscal consolidation that the NDC claimed it had achieved, which was evident in fiscal deficit, ought to have resulted in a decrease in inflation and increase in other positive indicators, adding that Ghana was experiencing that fiscal consolidation in a very strange and unusual way.

“What is happening is the direct opposite of what fiscal consolidation is supposed to achieve. If it is, then why are we not seeing the signs and benefits.

Dr Bawumia said the so-called fiscal consolidation was taking place “in the midst of unsustainably high public debt levels, inflation that is stubbornly at 16.7 per cent, a rising black hole of state-owned enterprises’ debt and others.”

The government, he said, reported a dramatic decline in the fiscal deficit and GDP ratio from 11.9 per cent in 2014 to 6.7 per cent in 2015 saying “this fiscal consolidation story, however, is beginning to unravel with clear indications that the government may have represented the facts.”

Dr Bawumia said careful monitoring was required in order to avert a potentially explosive situation under the incompetent watch of the Mahama-led administration.

The New Patriotic Party (NPP) vice-presidential candidate for the 2016 elections, Dr Mahamudu Bawumia has slammed the government for reversing the progress made by the country under former President John Kufuor.