Bawumia was excited about Kufuor roads but “demonized” Mahama roads 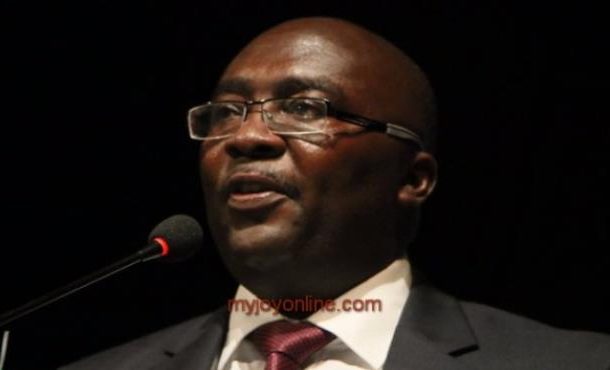 NPP’s economic lecture is a panic response to the President’s massive infrastructural achievements ahead of the 2016 elections, an NDC parliamentary candidate has said.

Bolga Central parliamentary aspirant Isaac Adongo says the NPP lecture addressed by its 2016 vice-presidential candidate Dr. Mahamudu Bawumia was about answering one question “how do I throw dust into the eyes of people?” Isaac Adongo
To do this, the NPP Vice-Presidential candidate tried to “demonize” Mahama’s record on social infrastructure to make the conclusion that “when you engage in infrastructure it means nothing.”

But after watering this down, Dr. Bawumia was visibly excited when he began trumpeting infrastructural projects under the Kufuor administration.

For the NDC Bolgatanga Central candidate, it was because Bawumia knows the provision of projects is “a game changer”.

But Bawumia’s position at the lecture was that the aim of infrastructural projects is to boost productivity.

Under President John Mahama, a touted investment in infrastructure is not reflecting in GDP growth rate. He said under President Mahama, the rate of economic growth has been on the decline.

The size of the economy measured by the Gross Domestic Product (GDP) in Ghana was worth 37.86 billion US dollars in 2015.
Bawumia said the decline is because of mismanagement and corruption seen in over-pricing of government projects.

He also pointed out that under President Kufuor the economy grew in response to the provision of social infrastructure.