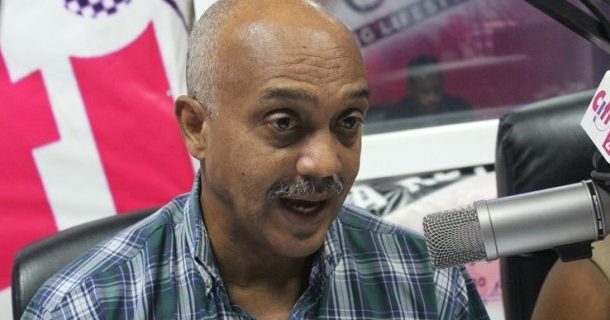 Financial analyst, Sydney Casely-Hayford has said attempts to over-analyse the New Patriotic Party’s (NPP) running mate, Dr. Mahamudu Bawumia’s lecture on the Ghanaian economy are futile because it was simply a political exercise and part of the NPP campaign.

Speaking on The Big Issue, Mr. Casely-Hayford said of the lecture, “this is a political delivery so you have to look at the politics and stop stressing about the economics.”

He further described as nonsensical the expectations that Dr. Bawumia would deliver objective analysis of the state of the Ghanaian to ostensibly favor the governing National Democratic Congress (NDC).


“There is this assumption that Bawumia comes to deliver a speech and he should be delivering his speech in a professional capacity of sorts, that he is an economic guru… because he is an economics guru, he should be clinically clean and not be using numbers in his favour. Honestly, with all due respect, I find that argument a lot of nonsense.”

“The Bottom line is the man is there as a vice presidential candidate for the main opposition party. Why would he go and stand on the platform and go and do things and interpretations that will favor his opponent. It is totally illogical.”

Mr. Casely-Hayford also said the purpose of Dr. Bawumia’s delivery was to reinforce to NPP supporters that “we are better so go with us. Then if there is anybody out there who is in doubt, he is saying this is what we can do so watch very carefully and follow us.” ‘A foundation of concrete or straw’

Dr. Bawumia last Thursday delivered lecture on the state of Ghana’s economy under the theme, “The state of the Ghanaian economy – A foundation of concrete or straw.”

He talked about Ghana’s bailout programme with the International Monetary Fund (IMF), decline in the country’s per capita income, fiscal deficit, infrastructure, agriculture, among others.

He also used the opportunity to rubbish President Mahama and the NDC’s supposed achievements in the last eight years, and highlighted on what the NPP will do if given the mandate on December 7, 2016.