Be careful when travelling abroad; I was raped multiple times in Iraq - Ghanaian ladies told 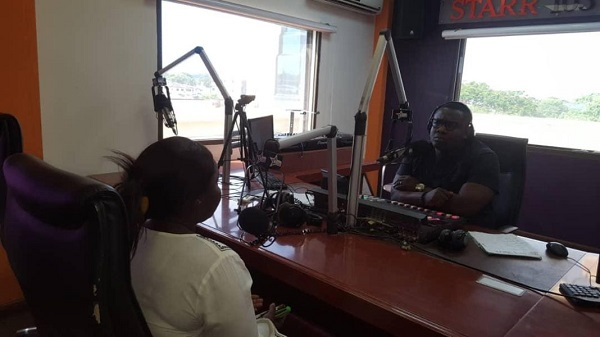 Young Ghanaian women who are desperate to travel abroad in search of greener pastures have been advised to be careful in order not to land themselves into troubles.

A Ghanaian lady in her mid-20s has narrated how her desperation to flee poverty in Ghana led her to modern day slavery in Iraq.

According to Efia (not her real name), she was promised by a travel and tour agency, Blue Star Ventures, in Ablekuma in Accra, of a job in the hotel industry in the middle east only to end up in the terrible situation.

She recounted how many Ghanaian ladies are beaten, raped and killed for demanding a return home after noticing that the jobs they expected did not exist.

“I was sold to a family and had to clean the whole house alone everyday. The house was a fourteen bedroom apartment. I was paid $250 a month. It was only food and sometimes clothes that was provided by the family I stayed with. After 7 months, my dad passed and I decided to come home. Those I was living with told me I cannot go because I was bought to work for 2 years. Attempts to move to Ghana after several attempts failed. I was later sold to another family and later to a house full of men,” she recounted her experience to Morning Starr host Francis Abban on the Morning Starr Thursday.

She added: “In Iraq, I was sexually abused, maltreated among other things. Life there was tough. I was later sold to a Chief of Police in Babylon in Iraq. I had to serve a family of 24. After assurances that the Chief of Police would get me tickets to travel back home, I was disappointed. I chanced on one Ernest Opuni Ministry on social media. I prayed and fasted with them whenever they are praying and fasting. I believed God during the period of fasting and prayers. After the back and forth, I had the opportunity to come back to Ghana. I came back to Ghana with nothing but I thank God for bringing me back home safely”.

She advised Ghanaians to be cautious with promises of trips abroad.

“I’ll tell all Ghanaians and especially ladies to be very careful. I think it’s better to be working hard here than traveling through a source that’s not genuine”.

Many Ghanaians continue to fall prey to exploitation in many countries across the world in the quest of better jobs and opportunities.