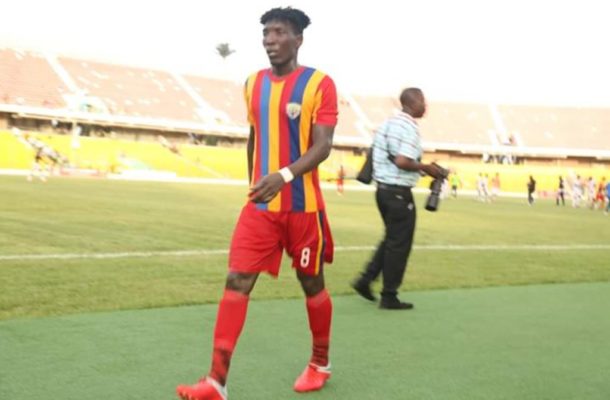 Hearts of Oak will miss the services of midfielder Benjamin Afutu in their Matchday 20 game against Inter Allies due to suspension.

The wworkaholic midfielder won't be part of the Phobian set  due to card accumulation after getting yellow-carded in last Saturday's encounter against Obuasi Ashanti Gold.

The Phobians will play host to the Capelli boys in matchday 20 of the Ghana Premier League on Sunday.

Afutu has been a regular starter under Coach Samuel Boadu.

He has plundered 2 goals in 14 appearances for the capital-based club in the ongoing season.