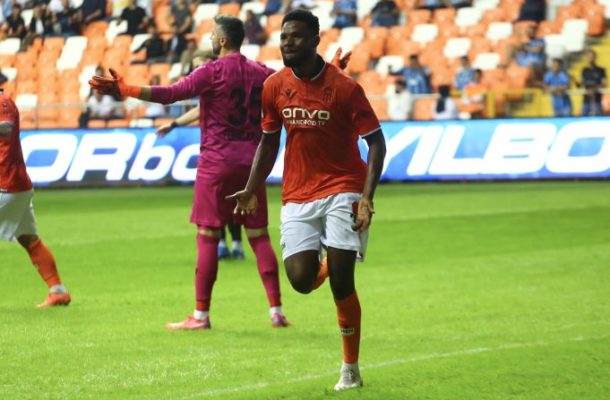 Ghanaian striker Benjamin Tetteh continued with his rich vein of form in the Turkish Superlig with another goal for Yeni Malatyaspor on Saturday against Adana Demirspor.

This follows his return from International duty with Ghana where he featured in Ghana's two wins against Zimbabwe in the World Cup qualifier.

Tetteh opened the scores for his side who were playing away from home after tapping home a knock down by teammate Adem Buyuk to score his fourth goal this season in eight appearances.

Yeni Malatyaspor added a second goal through an own goal after Ivorian International Simon Deli put through his own net to make it 2-0.

Yeni Malatyaspor are 16th on the Turkish Super Lig standings with nine points after nine games.