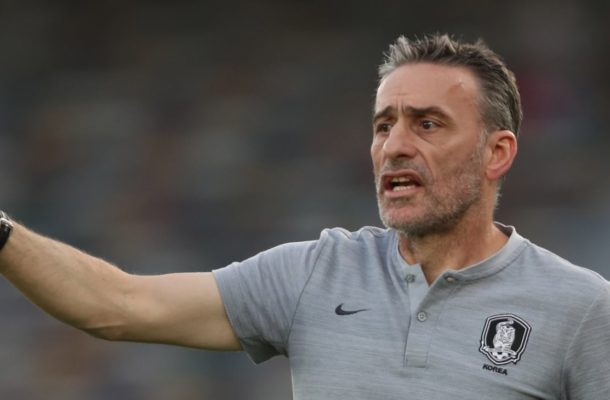 Paju: The Taeguk Warriors face Bolivia and Colombia over the next week as Bento works with his squad for the first time since their AFC Asian Cup UAE 2019 campaign ended in a quarter-final defeat to Qatar.


The 27-player squad Bento has called up is missing Ki Sung-yueng and Koo Ja-cheol, two stalwarts who announced their international retirements following the AFC Asian Cup.

While both former captains will be missed, Bento is already looking forward and has included three uncapped youngsters in the squad - 18-year-old Lee Kang-in, Kim Jung-min (19) and Paik Seung-ho (22).

The Portuguese said all three, Lee and Paik - who play for Spanish sides Valencia and Girona respectively - and Kim, who is with Austrian second division outfit FC Liefering, will be given every opportunity to impress.

"The players' ability is more important than their age," Bento said to the media. "As long as they're capable, I won't care about their age.

"With the national team, you have to pick great players for every position, and you also have to think about the team's future," Bento said. "I have to try to figure out just when to throw our talented young players into the fire."

Bento said he met with Lee during his scouting trip to Europe in February and found that the teenager "seemed quite determined to make an impact with the national team."

"I have a clear idea of what his strengths are," Bento said. "He's a skilled player. I'll make a decision on when to play him in these friendly matches after watching him train here."

While acknowledging that Korea Republic did not live up to expectations in the AFC Asian Cup UAE 2019, where they had been aiming to end a 49-year wait to lift the Continental trophy, Bento said there were also good lessons learnt.

"Though we didn't live up to our fans' expectations at the AFC Asian Cup, the quality of our play and the players' execution wasn't all that bad," the head coach said. "We'll test new players and see how they respond to different situations."