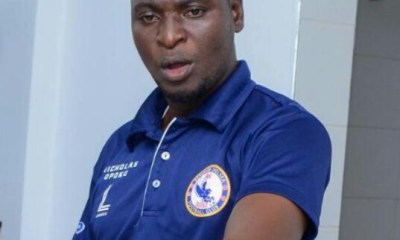 After just three matches the blues have decided to call time on the coach's job after a string of poor results in the last three games.

He is the third casualty in the three week old Ghana Premier League as AshGold started by sacking their coach Ernest Thompson-Quartey before Medeama SC followed suit by sacking the ineffective Ignatius Osei-Fosu.

Abdul Hanan who was an assistant last season replaced Seth Hoffman who vacated his role after guiding the Bibires to safety last season.

Berekum Chelsea have struggled heavily this season having lost two matches this season against Gold Stars FC and Karela United before drawing with Bechem United.

Supporters of the club were agitated with the team's poor form and called on management to wield the axe on the gaffer which they have gleefully obliged.