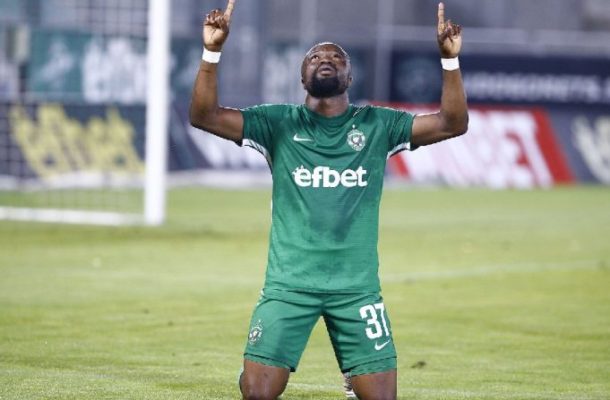 Two Ghanaians were on the score sheet for their Bulgarian side PFC Ludogorets Razgrad as they came from behind to beat Levski Sofia 4-2 n the Bulgarian top-flight on Sunday, 3 October 2021 away from home.

Bernard Tekpetey and Elvis Manu were instrumental as they over came the gritty Levski Sofia side who took the lead in the game.

But the home side pulled parity in the 81st minute of the game with Tsonev grabbing his brace from the penalty spot.

Manu, who came off the bench, restored Ludogorets' lead in the 85th minute and four minutes later, countryman, Tekpetey added the second goal of the game.